The military personnel of the peacekeeping forces of the Russian Federation celebrate their professional holiday on November 25. The Day of the Russian Military Peacekeeper was established by presidential decree in 2016. 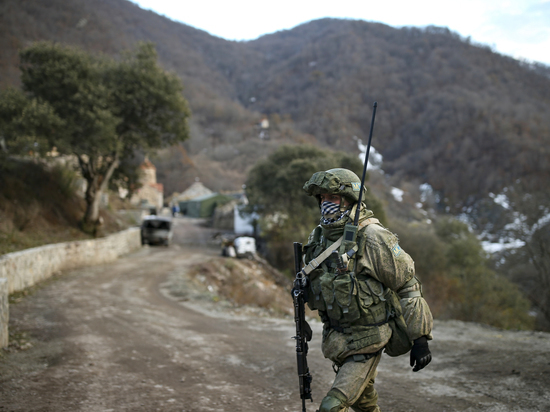 The history of Russian peacekeeping forces began 25 November 1973 On this day, the first Soviet observers arrived in Egypt as part of the UN peacekeeping mission. The task was to preserve the ceasefire regime in the Suez Canal region in the protracted conflict in the Middle East.

In 2005, the 15th separate guards motorized rifle peacekeeping brigade of the Central Military District, located in the Samara region, was created. This is where military personnel are trained. Only contract soldiers serve here, there are no conscripts.

There are quite strict requirements for candidates. Age – at least twenty-five. Be sure to have a conscript service or work experience in the internal affairs bodies (for those who apply for military-police positions).

And also fluency in a foreign language, and preferably several. Ability to handle service weapons. Excellent physical and, no less important, psychological health. This is just a short list of requirements for applicants for the initial professional selection.

The main task of peacekeepers is to control the line of demarcation of the warring parties and eliminate threats to the security of civilians in troubled regions. This was the case in South Ossetia, where our peacekeepers were the first to come under fire from the Georgian army in 2008. This is what is happening today in Transnistria.

On November 10, 2020, Russian peacekeepers also appeared in Nagorno-Karabakh. About two thousand servicemen were quickly airlifted to the long-suffering region to guard the Lachin corridor connecting Nagorno-Karabakh and Armenia.

Today, our peacekeepers monitor the situation around the clock and control the observance of the ceasefire at twenty-seven observation posts in Lachin corridor and along the entire contact line in Nagorno-Karabakh.

An MK correspondent recently visited the base of Russian peacekeepers.

The base itself, where 2,000 servicemen live, is located near Stepanakert. Only professionals serve here, many of them have the experience of Syria behind them. Rotation every six months. As the military themselves said, during the first six months of their stay in Karabakh, their main mission was to escort humanitarian supplies.

Another task assigned to them is to accompany medical workers during their trips to remote Armenian villages. If any of the residents needs minor medical assistance, doctors provide it on the spot. Those who have a more serious situation, which the Stepanakert hospital cannot cope with, are taken to the peacekeepers' base. It has the proper equipment for diagnostics and treatment.

People themselves often turn to Russian peacekeepers for help in solving seemingly simple everyday matters that have become unsafe in conditions of difficult relations with neighbors. For example, to harvest.

– The peculiarity is that there is no border as such – no flags, no markings. And local residents do not always know where their territory ends and Azerbaijan begins, ”the source said. – So that his sniper does not shoot him while he is driving his tractor across the field, they ask us to escort and ensure their safety.

The attitude to the “blue helmets” on both sides of the confrontation can be different. But everyone agrees with one thing: if there were no Russian peacekeepers in this difficult region, it would be on fire here. As the military peacekeepers themselves say: “Either we, or the war.”