The blocking of navigation in the Suez Canal, the Tokyo Olympics, floods in Europe, the fight against the coronavirus, Euro 2020, the eruption of the Cumbre Vieja volcano. AiF.ru sums up the results of the outgoing year and recalls the brightest events that we followed in 2021. 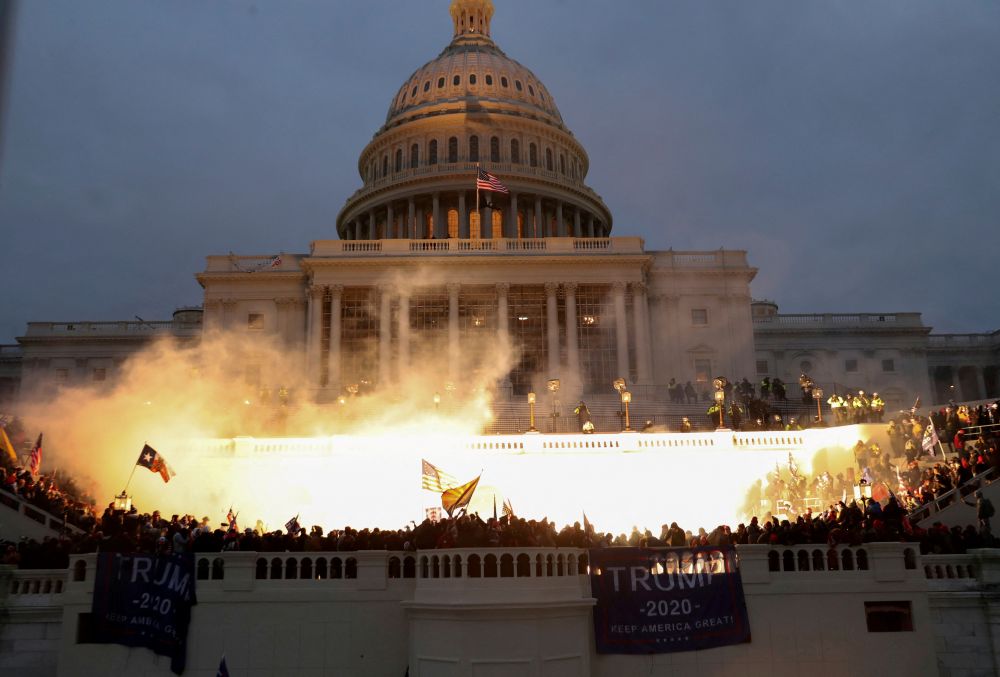 January 6, 2021. The storming of the Capitol building in the United States. After Joe Biden won the presidential election, his rival, former US President Donald Trump, urged his supporters not to accept the vote. Protesters clashed with police outside the Capitol Building in Washington DC and occupied part of the building for several hours. This assault was the first invasion of a US Congress building since the British attack on it during the Anglo-American War in 1814 © Reuters

March 26, 2021. Blockage of the Suez Canal. The accident of the container ship Ever Given and the subsequent blockage of the Suez Canal occurred on March 23, 2021. This caused a multi-day collapse of world cargo transportation. As of March 29, more than 450 different vessels have gathered in the queue to pass through the canal. On July 7, 2021, the container ship weighed anchor and began sailing north. Ever Given arrived at the Port of Rotterdam on July 29, 2021 © www.globallookpress.com April 26, 2021. In India, the health care system faced a huge burden, and crematoria could not cope with the influx of bodies of those who died from coronavirus infection, so the bodies of the dead were burned right on the streets © www.globallookpress.com

May 12, 2021. Action in memory of the victims of the shooting in Kazan. On the morning of May 11, there was an attack on school No. 175 on Jaudata Faizi Street in Kazan. 9 people died, more than 25 were injured © www.globallookpress.com 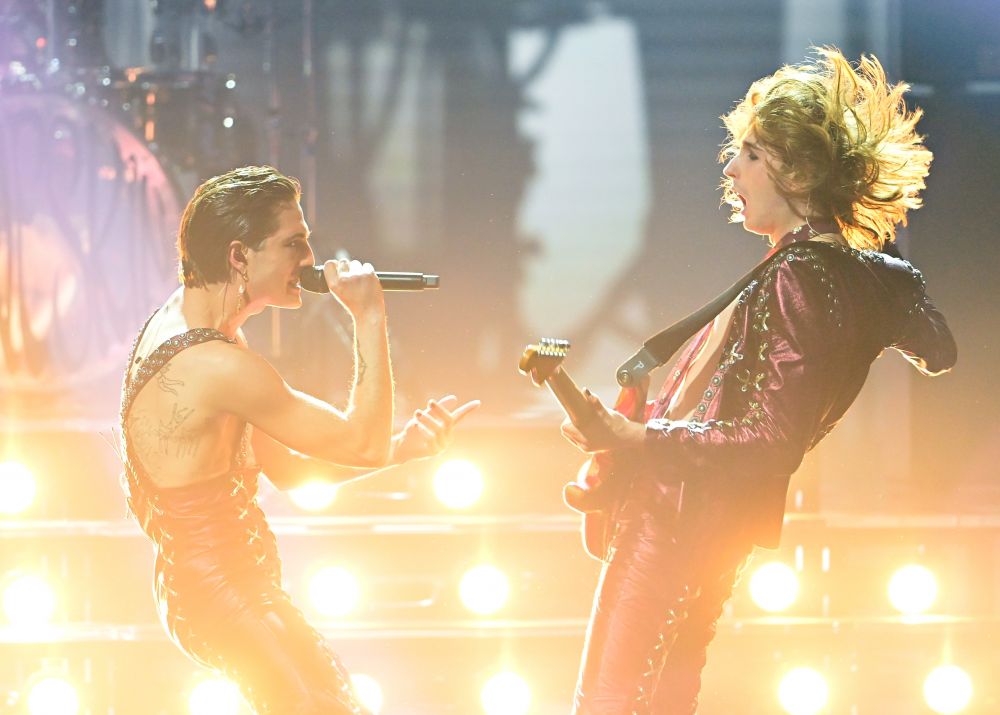 On May 23, 2021, the Italian rock band Maneskin became the winner of Eurovision with their song Zitti E Buoni (Quiet and Obedient) © www.globallookpress.com 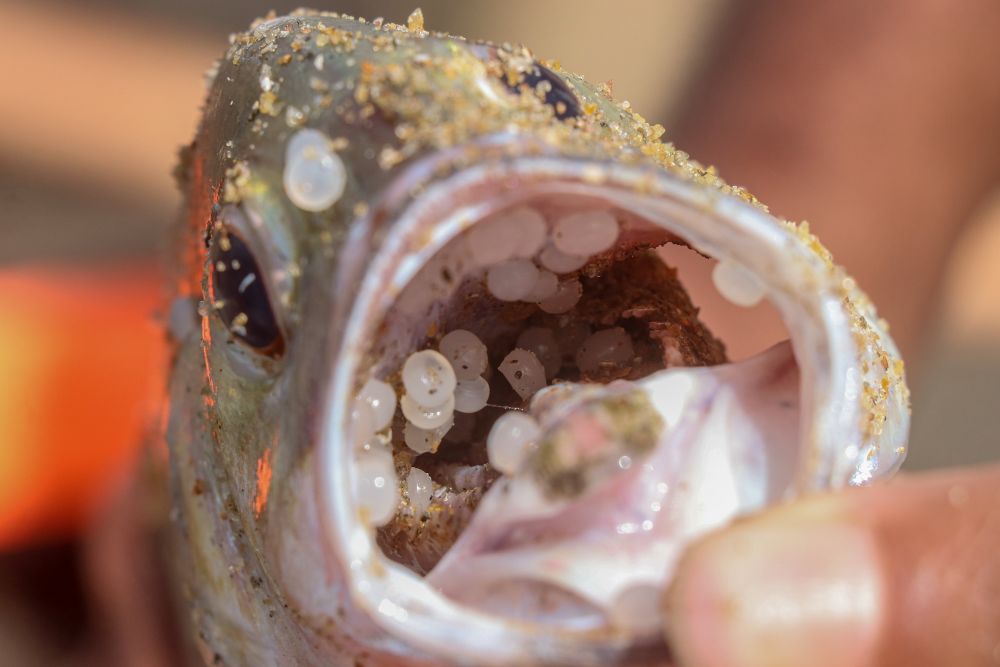 May 31, 2021. The aftermath of the explosion of the X-Press Pearl in Sri Lanka. A cargo ship carrying chemicals caught fire and began to sink off the coast of Sri Lanka. As a result, microplastics and toxic chemicals have entered the Indian Ocean and the country's beaches. According to experts, it may take decades to restore an ecosystem known for its biodiversity © www.globallookpress.com June 6, 2021. The Sea of ​​Marmara in the Istanbul region was covered with thick slime. This phenomenon was first recorded in Turkey in 2007, then it was also observed in the Aegean Sea off the coast of Greece. However, the current spread of slime in the Sea of ​​Marmara has become the largest in history. Sea slime is a natural phenomenon that occurs when phytoplankton overgrowth due to high temperatures and water pollution. According to experts, over the past 40 years, this problem has become more acute © www.globallookpress.com 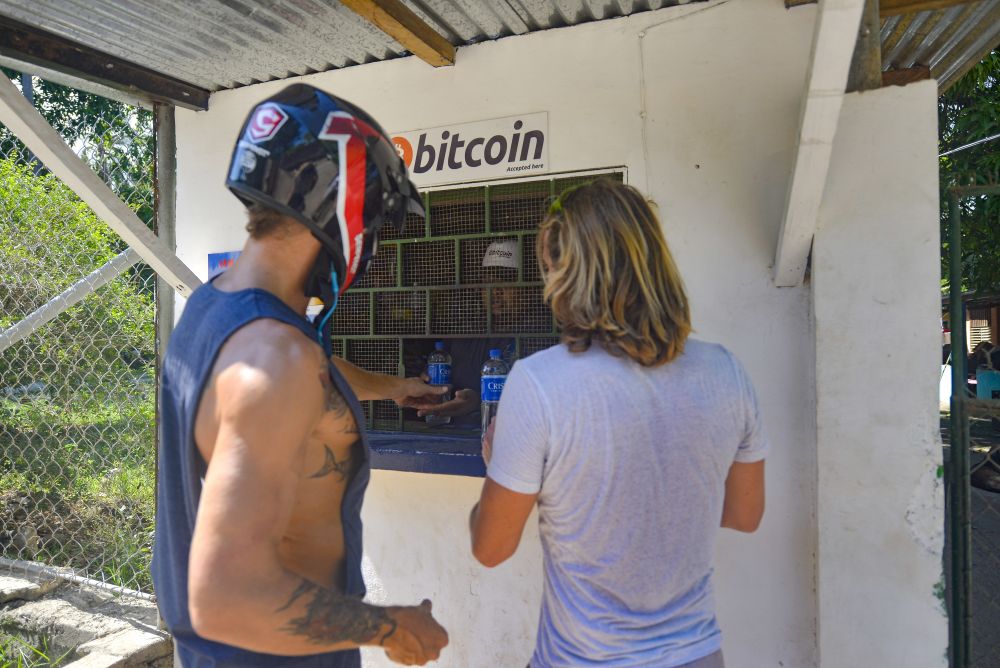 On June 9, 2021, El Salvador became the first country in the world to recognize bitcoin as an official currency © www.globallookpress.com

Solar eclipse June 10, 2021 in Canada. The inhabitants of the whole world have observed the first annular eclipse of the Sun since 1966. The moon completely covered the center of the star over Chukotka. On the rest of the territory, it was observed as a partial solar eclipse © www.globallookpress.com 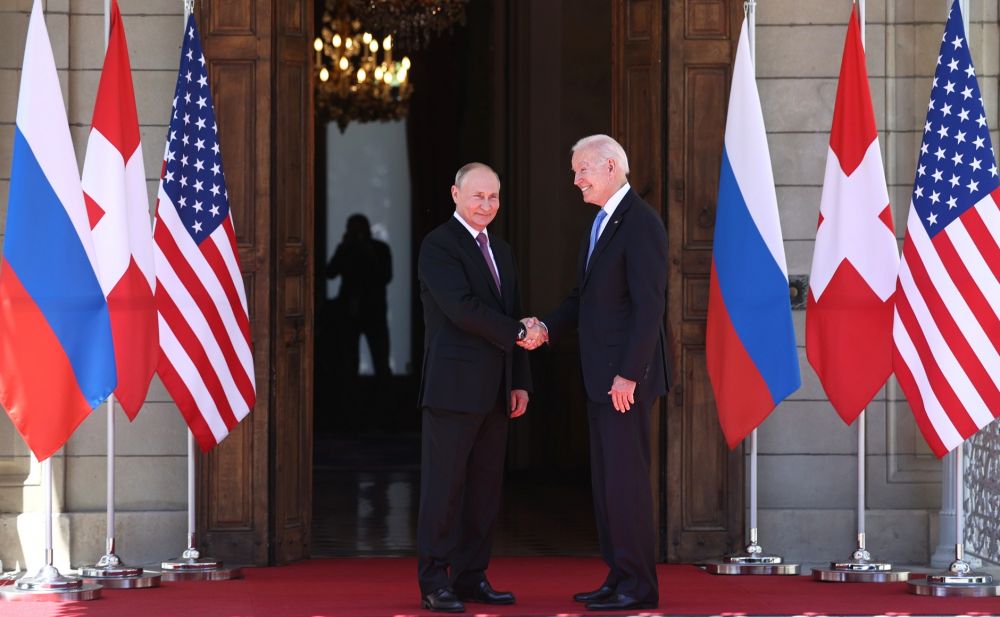 June 16, 2021. The first face-to-face meeting of the Presidents of Russia and the United States, Vladimir Putin and Joe Biden, took place in Geneva. © kremlin.ru On June 25, 2021, a US court sentenced the murderer George Floyd to 22.5 years in prison. Former police officer of the city of Minneapolis Derek Shovin was sentenced by the court to 22.5 years in prison for the murder of African American George Floyd during his arrest. Footage of Floyd's death in custody made it onto video and sparked the wider Black Lives Matter (BLM) movement. Photo: rally on the day of the sentencing of Derek Chauvin near the statue of George Floyd in New York © www.globallookpress.com July 12, 2021. Floods in Europe are a series of floods that began after heavy rains caused by cyclone Bernd. Several river basins overflowed their banks. Most of the damage was caused by Germany. © www.globallookpress.com July 17, 2021. Forest fires in Yakutia began around May 2021. The smoke from the fires reached: the Urals, Khakassia, Yamal, the Trans-Baikal Territory, the Irkutsk Region, Yugra, Sakhalin and other constituent entities of the Russian Federation, as well as to the north-east of Kazakhstan, Alaska. On August 18, the first deputy head of the RF Ministry of Emergency Situations Alexander Chupriyan announced the stabilization of the situation with forest fires in Yakutia. © Reuters July 20, 2021 at the MAKS-2021 air show, a presentation of the prototype of the new Russian Checkmate light single-engine tactical fighter was held © www.globallookpress.com

July 23, 2021. The opening ceremony of the Summer Olympic Games in Tokyo. At the XXXII Summer Olympics, the Russian national team won 71 medals: 20 gold, 28 silver and 23 bronze. Russia took the fifth place in the medal standings and became the third in the total number of awards © www.globallookpress.com August 7, 2021. Forest fires in Turkey. The fires began on 28 July in an area 75 km east of Antalya. Thousands of people were evacuated, and the fire spread to seven regions of the country. Later, wildfires engulfed most of the southern Turkish Mediterranean. As of August 1, the total number of fire victims was 8 people, 864 injured. © www.globallookpress.com August 14, 2021. Earthquake in Haiti. On the morning of August 14, an earthquake with a magnitude of 7.2 hit the Haiti region. At least 2,207 people died, more than 12 thousand people were injured and injured © www.globallookpress.com

August 15, 2021. Change of government in Afghanistan. Fighters of the Taliban terrorist movement banned in Russia seized the presidential palace in the Afghan capital Kabul and announced full control over the city © www.globallookpress.com

On August 29, 2021, the Russian beach soccer team became the world champion for the third time, confidently defeating the Japanese team in the final – 5: 2 © www.globallookpress.com September 13, 2021. Designer Demna Gvasalia and Kim Kardashian at the ball of the Costume Institute Met Gala 2021 in New York © www.globallookpress.com

On September 27, 2021, the South Korean TV series Squid Game ranked # 1 on Netflix's charts. This is the first time a Korean project has achieved such a result on a streaming platform. Photo: A Yanghee doll from the Squid Game TV series was installed in the Seoul Olympic Park © www.globallookpress.com 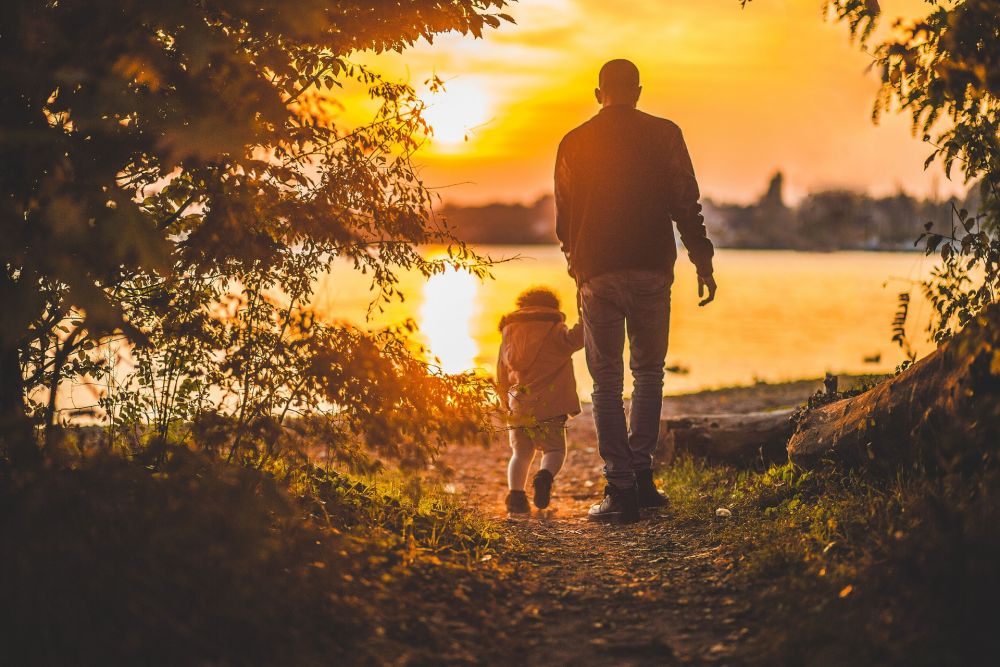 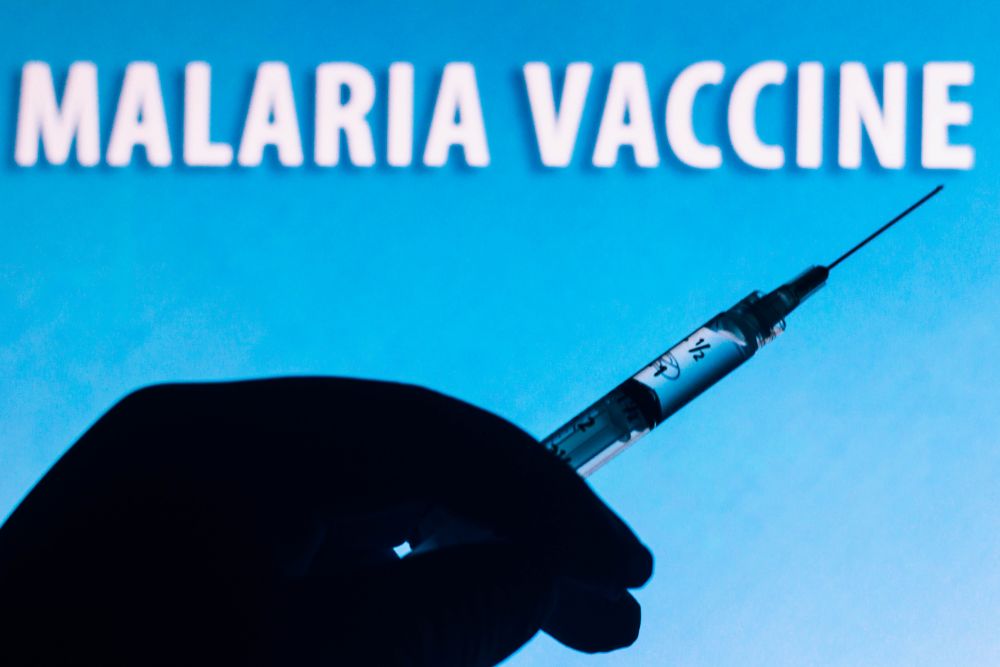 On October 6, 2021, WHO approved the world's first malaria vaccine © Shutterstock.com

October 11, 2021. The film crew of the film “Challenge” spent 12 days on the ISS. On October 5, cosmonaut Anton Shkaplerov, as well as space flight participants – actress Yulia Peresild and director Klim Shipenko – went to the ISS on the Soyuz MS-19 manned transport spacecraft from the Baikonur cosmodrome. The Challenge was the first ever fictional film to be filmed in space. In the photo: Actress Yulia Peresild, director Klim Shipenko and cosmonaut Anton Shkaplerov (left to right) © Roscosmos