One of the highest-ranking MPs, State Duma Deputy Speaker Boris Chernyshov decided to celebrate the arrival of 2022 with a proposal to remove Lenin's body from the mausoleum and remove it from Red Square all the remains of prominent figures of the USSR buried there. This “loud”, truly scandalous topic has already been discussed many times before. Moreover, the first projects of such a transfer date back to the communist period, to the middle of the last century. 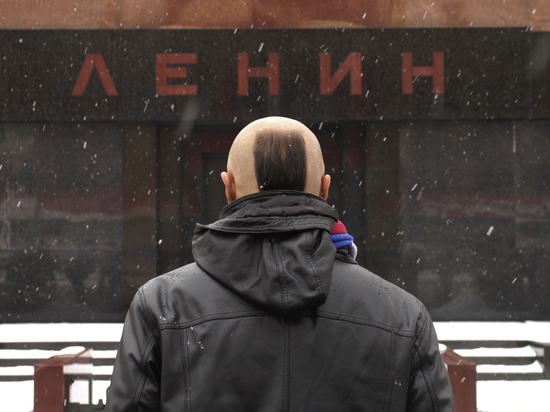 The current “approach to the mausoleum theme” was carried out by Boris Chernyshov, a representative of the LDPR Duma faction, a party whose head Vladimir Zhirinovsky has repeatedly spoken out in past years with demands to remove Lenin's body from the mausoleum. Now a colleague of Vladimir Volfovich, in an interview with RIA Novosti, supported the idea of ​​eliminating the “Kremlin churchyard”. The news agency quoted him as saying that the placement of such a cemetery on Red Square is “blasphemous” and that the graves of these prominent figures of the Soviet period should be “not in the place where the ice rink and the stalls are deployed, where people celebrate the New Year, they walk, they come from the regions. ”

“ It has long been a long time since Red Square should be freed from this complex of burials, ”summed up Boris Chernyshov.

Meanwhile, the idea of ​​transferring the embalmed Vladimir Ilyich and his “neighbors” – buried near the mausoleum of “faithful Leninists” Dzerzhinsky, Kalinin, Zhdanov … – to another place arose much earlier, almost 70 years ago. And the impetus for its appearance was the death of Stalin. A day after the death of the Generalissimo, the following document was issued: “Resolution of the Central Committee of the CPSU and the Council of Ministers of the USSR On the construction of the Pantheon – a monument to the eternal glory of the great people of the Soviet country.

The Central Committee of the Communist Party of the Soviet Union and the Council of Ministers of the USSR decide:

In order to perpetuate the memory of the great leaders Vladimir Ilyich Lenin and Joseph Vissarionovich Stalin, as well as prominent figures of the Communist Party and the Soviet state, buried in Red Square near the Kremlin wall , to build a monumental building in Moscow – the Pantheon – a monument to the eternal glory of the great people of the Soviet country.

It is easy to understand the logic behind the adoption of such a document. This idea was then of a purely practical nature. The “Kremlin comrades” understood that the existing mausoleum was too small even for two sarcophagi. But in the future it will be necessary to bury those who “inherit” the Soviet “throne” after Joseph Vissarionovich. And what to do with their bodies? Where to post it with due respect? The territory of the prestigious “cemetery” behind the mausoleum is also small, and there will not be enough room for all the deceased “closest associates”.

The experience of other countries suggested a solution to the problem. For example, in Paris, in Rome, the Pantheons were set up for such purposes. So let us have one in Moscow.

In the wake of the published decree at the same time, in the spring of 1953, an open competition was announced for the best design of the grandiose tomb. Many responded, not only professional architects, but also ordinary citizens. It was from them that the most exotic projects came.

One of the contestants proposed to make the Pantheon in the form of a huge egg, set on the bottom and decorated outside in the style of Indian temples.

Drawing teacher V. Zheleznyak, apparently having no talent for drawing, sent a verbal description of his idea: on a huge square platform “symbolizing the four sides of the world”, there is a pentahedral base (according to the number of parts of the world), on its main facade there are six semi-columns -pilasters, “symbolizing the 6 union republics that made up the USSR at the dawn of its existence”, the pilasters are crowned with a powerful plate with the inscription “Lenin – Stalin” and bas-reliefs of the leaders. Above the plinth rises a 60-sided case (“a symbol of the peoples of 60 nationalities that make up the USSR”). And instead of a dome, this building was supposed to be crowned with a huge globe, with the territory of the Soviet Union highlighted in bright red on it!

But the most creative option seems to be the version of a certain locksmith who sent a school notebook to his native regional committee “for transferring to the commission of the Central Committee of the CPSU”. The Pantheon invented by him looked like this: the gigantic figures of Lenin and Stalin, holding hands and invitingly pointing forward with their free hands (“to a bright future”!), And in the sides of these sculptures there are many recesses for urns with the ashes of “honored people of the Land of Soviets.” In the distant future, the clothes of the monumental Ilyich and Vissarionovich would have been completely covered with “patches” of memorial plates covering these niches.

A characteristic detail. In many other projects, the authors reserved a place for other bodies next to the sarcophagi of Lenin and Stalin. Apparently, our fellow citizens have already mastered the idea of ​​the obligatory mummification of every next deceased leader, so there should have been enough space for everyone!

I happened to hear that one of the “hard workers”, who decided to take part in the competition out of the best intentions, even wrote in the explanations for his drawing: they say, next to Vladimir Ilyich and Joseph Vissarionovich, I provided a site for a sarcophagus with the embalmed body of our dear leader and faithful Stalinist Nikita Sergeevich Khrushchev.

For such a touching concern for the still well-being leader of the country, this “creator” seems to have even begun to “shake” the state security bodies.

While the time of the announced competition “at the top” was going on, they were deciding where the future Pantheon of leaders should be located. Several options were considered. One of the locations is in the area of ​​Sofiyskaya embankment, on the other bank of the Moskva River from the Kremlin. And here is the option supported by the Executive Committee of the Moscow City Council: in the area of ​​Lenin Hills, a few kilometers south of the high-rise of Moscow State University.

But all these plans and projects have died out. Within a year, all references to the construction of the Pantheon disappeared from newspapers and magazines. Apparently, the Kremlin decided not to rush to introduce such an innovation. And when, a couple of years later, at the XX Congress, the condemnation of the personality cult was thundered, and after that the removal of Stalin's mummy from the mausoleum took place, what kind of Pantheon of leaders can we talk about!

However, the Resolution of the Central Committee of the CPSU and the USSR Council of Ministers of March 6, 1953 formally remained in force for more than 20 years. It was “disavowed” only by the Council of Ministers of the RSFSR, having approved in December 1974 a decision according to which the Lenin's mausoleum and the necropolis near the Kremlin wall were taken under state protection as historical monuments.