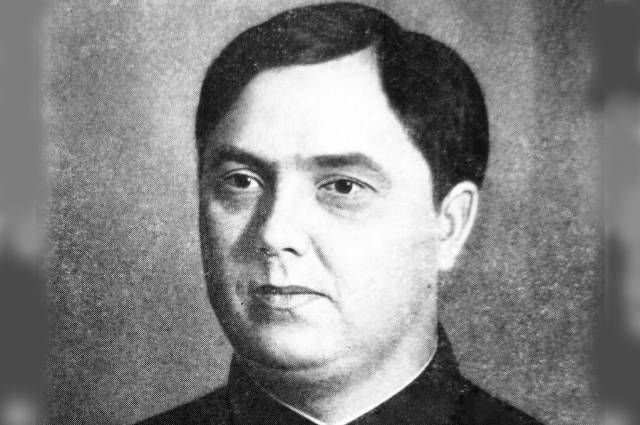 120 years ago, January 8, 1902 (according to other sources – December 6, 1901) was born Georgy Maximilianovich Malenkov , Soviet state and party leader, associate of Stalin , who took the place of the head of the Soviet government immediately after the death of the leader.

The Soviet people, who saw Malenkov as the next ruler and were accustomed to the fact that the leaders of a lower rank often turn out to be not leaders at all, but traitors and spies, cheerfully joked about how “ Comrade Beria got out of trust, and Comrade Malenkov kicked him. '' However, at the pinnacle of power in the USSR, this “ half-leader '' himself did not last long.

Malenkov was born in Orenburg in the family of a collegiate registrar and the daughter of a blacksmith. In 1919 he graduated from a classical gymnasium in Orenburg, joined the Red Army, and soon in the RCP (b). He was a political worker of a squadron, regiment, brigade and even the Political Administration on the Eastern and Turkestan fronts. However, according to unofficial data, Malenkov barely kept his horse, shot poorly and never personally raised the fighters to attack, but served as a clerk thanks to his good handwriting developed during his years at the gymnasium.

The beginning of Malenkov's party career was largely facilitated by Valeria Golubtsova , whom he married during the Civil War. The fact is that her mother's sisters were Lenin's comrades-in-arms in Marxist circles back in the 1890s. And when Malenkov and Golubtsova moved to Moscow in 1921, she got a job at the Organizational Department of the Central Committee and received a separate room. And Georgy entered the Moscow Higher Technical School and soon became the secretary of the general university party organization.

Trotsky was quite popular among the student community at that time, the opposition platform received the support of many university party cells. After Trotsky's defeat, Malenkov joined the commission to check the communist students who supported the opposition. Here he gained his first experience of fighting the “ enemies of the people '' and for the general line of the party. Malenkov's party zeal was noticed, and in 1925 he moved to the post of technical secretary of the Organizing Bureau of the Central Committee, and in 1927 became the technical secretary of the Politburo. In 1934 Malenkov was appointed deputy head of the department of leading party bodies, which was soon headed by Nikolai Yezhov . In the mid-1030s Malenkov conducted a campaign to verify and exchange party documents, during which about 2.5 million registration cards were drawn up – on all members and candidates of the CPSU (b). Together with Lavrenty Beria he took part in the arrest of his former boss Yezhov, who had already been removed from his post as head of the NKVD. Moreover, the arrest took place in Malenkov's office. & Nbsp; & nbsp; & nbsp;

After the 19th party congress, on the instructions of Stalin, a “ leading five '' was created, where, in addition to himself included Malenkov, Beria, Khrushchev and Bulganin … After the death of the leader, they began to share power in the country. Georgy Malenkov headed the government, Nikita Khrushchev became the first secretary of the Central Committee of the CPSU, and Lavrenty Beria was appointed first deputy head of government and minister of the united Ministry of Internal Affairs, which included the Ministry of State Security. But soon, as usual, intrigues and a struggle for power began in the top leadership. Khrushchev, with the support of Malenkov and Bulganin, accused his recent ally of espionage and many other deadly sins. Interestingly, at the meeting of the Presidium, Beria, among other things, was caught even in anti-Stalinism.

The fact that Malenkov was the first to speak at Stalin's funeral was regarded by the people unequivocally: the leader's successor is speaking. But the people wanted to know more, and since information about the new leader in the official biographies was extremely scarce, the townsfolk began to collect rumors about Malenkov. Whispered about a lot. For example, a rumor spread widely that Georgy Maximilianovich was not just anyone, but a relative of Lenin himself. The most stubborn even looked for his portrait resemblance to Ilyich, but did not find it. And it should be admitted that the grounds, albeit small, for such investigations were & ndash; Malenkov's mother bore the name of her second husband – Ulyanov.

Nevertheless, even such incredible assumptions added to Malenkov's popularity. During his short reign, he managed to take a course towards liberalization. His proposals to increase the purchase prices for collective farm products and reduce the agricultural tax were to the liking of the peasants. “ Malenkov came, ate some blinks, '' said the collective farmers. He called for urgent production of consumer goods.

By the way, it was under him that the mass production of one of the cult objects of Soviet life was organized & ndash; faceted glass. All catering establishments in the country were equipped with such glasses, which is why they were called Malenkovsky.

However, the ambitious head of the Soviet government did not manage to turn around quite widely. After becoming the de facto first person in the state after being appointed to the post of 1st secretary of the Central Committee of the party, Khrushchev continued to get rid of dangerous competitors. With his submission, at the beginning of 1955 Malenkov was relieved of his post as chairman of the Council of Ministers. In 1957 Malenkov, Molotov, Kaganovich and “ Shepilov who joined them '' made an unsuccessful attempt to remove Khrushchev from the post of party leader. As a result, they all lost their real power, and Malenkov was accused of & hellip; Stalinism, removed from the Central Committee and transferred to the post of director of the power plant in Ust-Kamenogorsk.

In November 1961, he was expelled from the CPSU and sent to retire. Returning to Moscow, he led a rather modest and inconspicuous life. Even to the dacha in Kratovo, they say, he traveled by train, like a simple Soviet pensioner. But he was among those few associates of Stalin who managed to live up to perestroika & ndash; Georgy Malenkov died in 1988, at the age of 86. The former union prime minister was buried at the Kuntsevo cemetery.