SBU threatens Mukhtar Ablyazov's associates with deportation to their homeland

Kiev is again accused of “deliberately creating turbulence near the borders with Russia and China.” Based in the Ukrainian capital, the office of the DCK movement (“Democratic Choice of Kazakhstan” – recognized as an extremist organization in Kazakhstan), the media controlled by Nursultan Nazarbayev are now and then called “the main nest of terrorism.” They say that the commands to the pogromist detachments are given not from France, where the head of the DCK Mukhtar Ablyazov lives, but from the ancient Russian city on the Dnieper. The MK correspondent contacted one of the DCK coordinators, from whom he learned about the attitude of President Vladimir Zelensky and people from his inner circle to the Kazakh opposition. 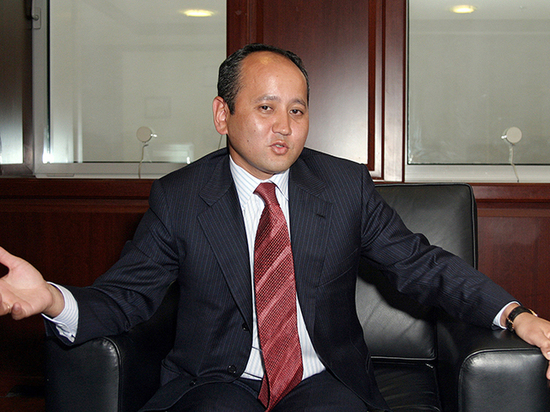 On January 6, on the eve of the Nativity of Christ, the Ukrainian security forces alternately “worked” Zamanbek Tleuliyev and Eldos Nasipbekov. Both the aforementioned Mr. Ablyazov “left on the farm” in Kiev. That is, he appointed the DCK coordinators. The day before yesterday, young people, frankly, had a hard time. Zamanbek was severely beaten in the presence of officers of the National Police, who … dispassionately filmed the “lawlessness” on official video cameras. The executors called themselves officers of the Ukrainian territorial counterintelligence. As a result of the “prophylaxis” of the activist, as the doctors of the communal institution “Kiev Regional Clinical Hospital” testified in writing, there were numerous hematomas on his body, 4 knocked out teeth and one more seriously damaged tooth. The people who beat up the oppositionist, according to the documents of the Kiev human rights activists, “abused obscene language, threatened to organize immediate deportation for Tleuliyev for conducting opposition activities in Kazakhstan on the territory of Ukraine.”

Tleuliev called the special line of the Patrol Police of Ukraine “102”, complained about the attack by “unknown persons”. After that, a man in civilian clothes approached the oppositionist and launched a “service” written out in the name of the SBU officer Yegor K. The security officers, upon the arrival of the cops on duty, decorously left. The lawyers called by Tleuliyev asked the patrolmen what caused the “event” in relation to their client. There was a reply on duty: “The usual routine check of migration documents is going on …”.

As MK later found out, along with the “prophylaxis” of Zamanbek Tleuliyev, the Kiev security officers visited the second coordinator of the DCK headquarters in Ukraine. Eldos Nasipbekov, under their pressure, was forced to draw up a receipt “refusing to engage in political activity in Kazakhstan.” And the activist also confirmed the absence of claims against the SBU officers who “worked out” it. This group of counterintelligence officers was commanded by Lieutenant Colonel Alexander K.

Trying to calm Nasipbekov, one of the Chekists said: they say, if we wanted to kidnap you, we would have done it near the entrance a long time ago, “… otherwise we just came to talk to you.”

The SBU press group categorically denies the fact that its employees committed violent actions against Zamanbek Tleuliyev. The release contains a statement that “certain persons (Kazakhstan) have signs of illegal stay on the territory of Ukraine”. On this occasion, the Chekists have prepared “appropriate materials for transfer to the State Migration Service of Ukraine.”

The head of the programs of the Ukrainian Independent Center for Political Research Maxim Latsiba called the actions of the SBU “shameful”. Say, Ukraine is obliged to support everyone who fights for democracy and respect for human rights. “We, Ukrainians,” the political scientist added, “must strive for security for any foreigner acting in the interests of developing democracy.”

The head of the board of the ZMINA Center for Human Rights Tatiana Pechonchik states that the staff of the Office of President Volodymyr Zelensky and the Security Service of Ukraine have “persons officially cooperating with the authorities of Kazakhstan and Russia.”

It is difficult to say what exactly, in addition to organizing interactive live broadcasts “Question – Answer” with Mukhtar Ablyazov, was “illegal political activity on the territory of Ukraine” by Zamanbek Tleuliyev and Eldos Nasipbekov. Nasipbekov, for example, only from the correspondent of “MK” learned about the upcoming rally on January 9 on Mikhailovskaya Square in Kiev in support of the “rebels in Kazakhstan”. The action is organized by members of the Movement Against Surrender (Resistance Movement of Surrender). Similar events will take place tomorrow in several more Ukrainian cities and in the distant Chicago. Several powerful organizations of the Ukrainian diaspora are functioning there. Each of the visits of any of the presidents of Ukraine to the United States provides for a meeting with “fellow believers” in Chicago.

Volodymyr Lytvyn, a full member of the National Academy of Sciences of Ukraine (he twice headed the Ukrainian parliament in the past), considers attempts to shift the blame for organizing protests in Kazakhstan on “the disgraced oligarch Mukhtar Ablyazov, entrenched in Ukraine,” not entirely wealthy. Lytvyn knows relatively well the post-Soviet state, friendly to Ukraine. If only because from 1974 to 1980 he worked in this republic of the former USSR.

According to the forecast of an influential politician, despite the decisive actions of the CSTO to normalize the situation in Kazakhstan, after the still unsuppressed popular unrest, it is possible that into the events of serious players. ” In Kazakhstan, despite the seemingly already begun creation of a “strong barrier at the borders”, “new adventurers and masters of organizing mass unrest” will methodically infiltrate. Among them will undoubtedly be citizens of other post-Soviet republics who are eager to “realize their own relevant experience” and confirm their own reputation as “practitioners” in this kind of “work”.