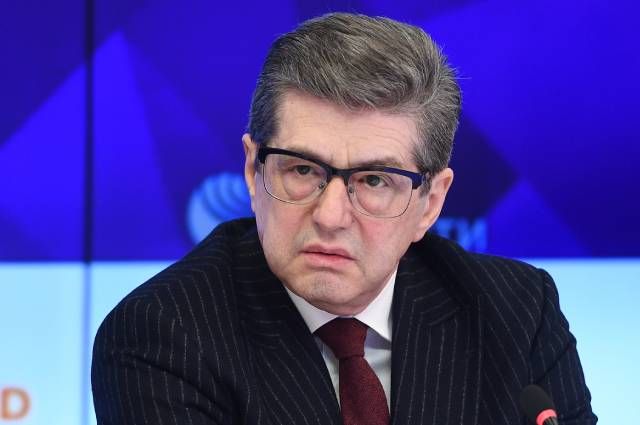 Konstantin Kudryashov , AiF.ru: Alexander Grigorievich, for a significant part of your life you have been studying the history of the prosecutor's office, have written dozens of books, several scripts and even plays, in 1996, thanks to your efforts, a gallery of all Russian prosecutors general appeared in the building of the Prosecutor General's Office. Do you know how it all began?

Alexander Zvyagintsev: October 22, 1721 Peter I took the title of emperor. Then Russia celebrated the victory in the Northern War, regained access to the Baltic Sea. Reforms were in full swing in the country. But the emperor wanted the transformation mechanism he launched to work quickly and smoothly. He saw that the country needed a new state institution, headed by a person with the broadest powers, subordinate only to the emperor & nbsp; and performing three main tasks: to suppress any extortion, to monitor the implementation of laws and control the state apparatus. And on January 12, 1722, Peter signed a decree on the establishment of the Russian Prosecutor's Office, and on April 27 – & mdash; “ On the position of the Prosecutor General '', whom the emperor calls not only “ our eye '', but also “ solicitor of state affairs. ''

From that time until the October Revolution of 1917, this post was held 35 people. 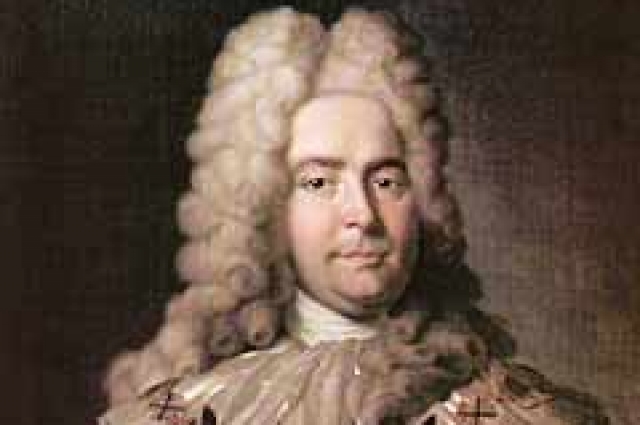 & mdash; And which of the prosecutors of tsarist Russia would you single out?

& mdash; There were many worthy ones. One of the brightest prosecutors general was the first of them, the favorite of the emperor, Count Pavel Yaguzhinsky … Knowing several languages, he was famous for intelligence, eloquence and secular demeanor. At the same time, he was not inferior to Peter in hard work and was not afraid to boldly express to him everything he thought. The emperor needed an independent figure who could not only react to violations of the law, but also prevent them. Therefore, the attorney general had the right to report to the sovereign at any time. Yaguzhinsky died 11 years after Peter. In the last years of his life, he experienced both downs and ups, but he never had such an influence as in the times of Peter the Great.

The second Prosecutor General I would mention was Alexander Vyazemsky … He was already appointed by Catherine in 1764 and personally wrote him an instruction, which, in particular, said: “ I really love the truth, and you can speak it without fear of anything. And to argue against me without any fear, if only that good would produce in business. And I will add to this that I do not demand any kindness from you, but the only sincere treatment and firmness in business. Then the villains you will be in fear, and the good people & mdash; in patronage.

In fact, Vyazemsky served as ministers of internal affairs and finance. He went down in history by ordering to take into account financial expenses and income for each year, that is, it was on his initiative that the drafting of the annual budgets of the empire began. He also participated in the famous provincial reform of 1775, during which Russia was divided into provinces, acquiring a harmonious and precise administrative management. President of Finland Mauno Koivisto in his book “ Russian Idea '' noted that in those years the Attorney General was actually the Prime Minister. It was Vyazemsky, who served as prosecutor general for almost 30 years, who began to appoint prosecutors in the province and demand from them regular reports on everything that happens there. Many of his approaches to the prosecutor's service became the forerunners of modern prosecutorial activities.

On September 8, 1802, Emperor Alexander I issues a manifesto on the establishment of ministries. From now on, the duties of the Prosecutor General have been entrusted to the Minister of Justice. The first to be appointed to these two posts was the poet Gavriil Romanovich Derzhavin … He was categorically intolerant of embezzlement, deception and machinations and instructed the servants of Themis: “ Your duty is to preserve the laws, not to look at the faces of the strong, not to leave orphans and widows without help, without defense. ''

Derzhavin himself wrote that he began to serve “ with all diligence, honesty, all kinds of diligence and disinterestedness. '' But for his adherence to principles, he quickly made many enemies for himself and a year later was dismissed from service. “ You serve very zealously '', & mdash; the emperor rebuked him. “ And I can't serve otherwise, & mdash; Derzhavin answered. & mdash; Sorry & raquo ;. 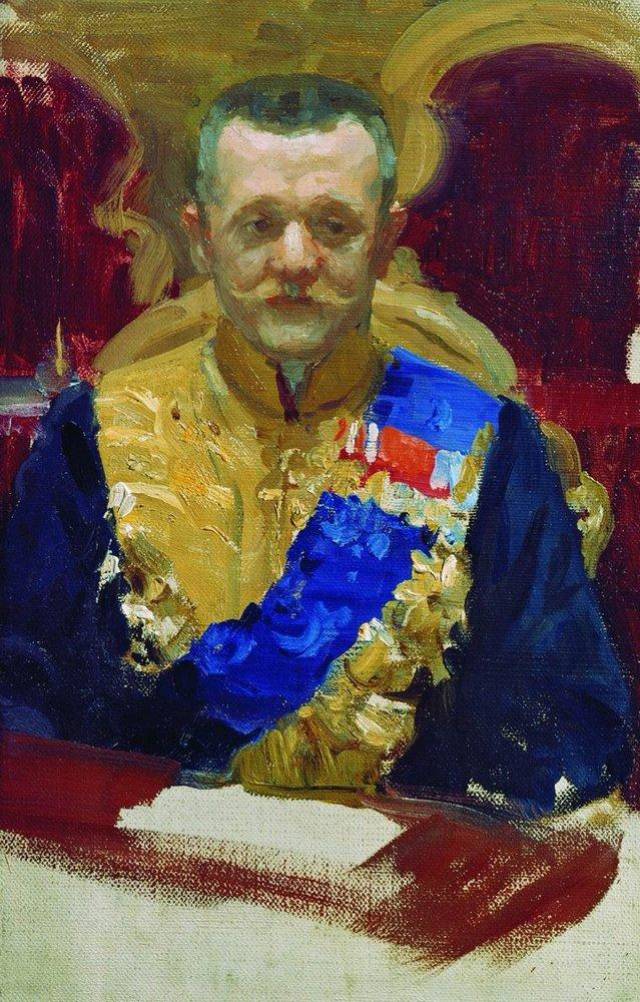 And another prominent figure who combined the posts of Minister of Justice and Prosecutor General was Nikolai Muravyov , “ the most talented of the Prosecutor Generals, '' as his contemporaries called him, who worked from 1894 until the first Russian revolution 1905 With his active participation, the new rules of legal proceedings & ndash; a single court for all estates, an open and adversarial trial with the participation of lawyers and prosecutors, to which, if necessary, the jury could also be involved, & mdash; spread throughout the empire.

In general, in the history of Russia there were many people who devoted their lives to serving the Fatherland and the Law.

The era of revolutionary legality

& mdash; Who would you single out among the prosecutors who left the biggest mark in history after the 1917 revolution?

& mdash; The institution of the prosecutor's office in Soviet Russia was liquidated after the revolution. Although in the anti-Soviet governments and the White Army, the prosecutor's office remained throughout the years of the Civil War. By the way, the word “ prosecutor '' then preserved miraculously. It was suggested to call them “ fortified treasures '' & mdash; “ fortifiers of revolutionary legality. '' But Lenin, shortly before his death, insisted on the previous name. 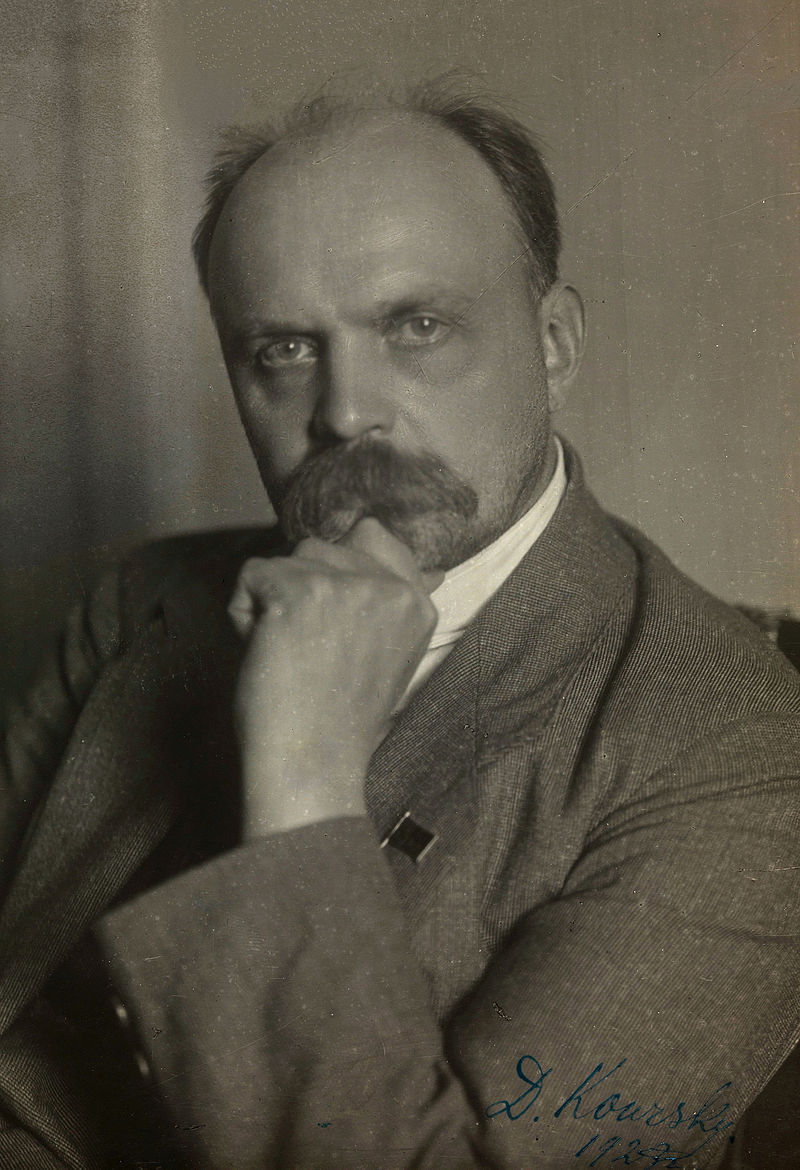 Krylenko, whose name is associated with the entire history of the formation of the organs of Soviet justice, was from the breed of sacrificial revolutionaries, fiercely hating class enemies, believing in the possibility of building a socialist paradise on earth and ready to shed rivers of blood for this. The organizer of the first revolutionary tribunals, he was known as a brilliant orator and polemicist, in whose speeches considerations of revolutionary expediency were decisive.

At the same time, Krylenko was a very versatile person. It is difficult to find another among Soviet prosecutors who would have such hobbies far removed from jurisprudence, in which he achieved true mastery. By the age of 50, Krylenko was not only a leader in legal science, but also a famous climber, who more than once stormed impregnable mountain peaks, sometimes even alone. He wrote several books about his campaigns. In addition, he was involved in the development of tourism, led the Society of Hunters and the country's chess organization. He was also a fan of Esperanto and even wore a green Esperanto star on his chest. Often, he ended processes shortly & mdash; “ Shoot! '', & mdash; and pronounced through repeated “ rrr '' and 'metallic' (“ under Trotsky '') voice. There is a well-known phrase allegedly uttered by Krylenko when he was the prosecutor of the republic and at the same time the head of the Union of Hunters: “ I have been given a mandate for both animals and people. '' Shot in 1938

Another notable lawyer of the Stalin era & mdash; Andrey Yanuarevich Vyshinsky. A very educated, even talented, but one hundred percent man of Stalin, ready to fulfill without batting an eye any of his instructions. Yes, he did not wait for instructions, he himself foresaw. It was he who first picked up the leader's thesis that under certain conditions, “ the law will have to be set aside. '' His teachers can be called the leaders of the French Revolution, who operated not so much with evidence as with pompous eloquence, appealing not to the law, but to the interests of revolutionary expediency. It was he who breathed new life into the thesis, which was then hypertrophiedly exploited by the repressive machine: “ Confession of the accused ''; the queen of evidence. '' As a result, Jaguarovich, as his subordinates called him behind his back, even survived Stalin and died in New York in 1954, as the USSR's representative to the UN. Buried at the Kremlin wall. 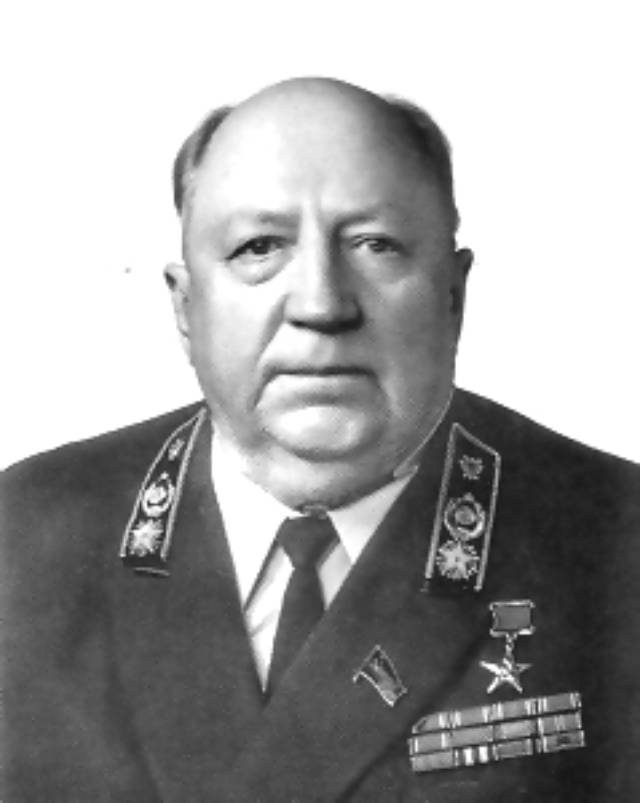 In 1953, Roman Andreevich Rudenko, was appointed the Prosecutor General of the USSRwho has worked in this position for 27 years. In the history of the prosecutor's office, this was a whole era, and a humane era. Even before his appointment as Attorney General, his surname became known all over the world: it was he who acted as the main state prosecutor from the USSR at the trial of Nazi criminals in Nuremberg in 1945-1946. Rudenko had his own account of the Nazis: one of his brothers died at the front, the other ended up in a concentration camp, and the third was seriously wounded. He headed the investigation team in the case of Lavrenty Beria , the commission for the rehabilitation of victims of political repression. Along with Georgy Zhukov he initiated the adoption of the resolution of the Central Committee of the CPSU “ On elimination of the consequences of gross violations of the law in relation to former prisoners of war and members of their families. ''

Many prosecutors did not return from the war. They were replaced by yesterday's front-line soldiers, among whom there were 14 Heroes of the Soviet Union. In 1947 B.V. Kravtsov began to work in the bodies of justice. In 1960 he was appointed first deputy prosecutor of the RSFSR, after 7 years & mdash; Prosecutor of the RSFSR, and from 1984 to 1989 held the post of Minister of Justice of the USSR.

And not so long ago, a monument to A. M. Rekunkovu, the Prosecutor General of the USSR from 1981 to 1988. He also came to the Prosecutor's Office after the war, only in 1944 he received four orders and was wounded twice. He rose from the assistant to the district prosecutor to the prosecutor general of the country. Under him, investigations began in the USSR in cases that caused a huge public outcry. The most notorious cases were cases of corruption in the Krasnodar Territory and Central Asia. The attorney general supervised them personally.

For a year & mdash; 5 million hits

& mdash; What merits of the prosecutor's office of the new Russia would you mention?

Since 1991, we have had 9 prosecutors general. The prosecutor's office itself today has 51 thousand employees. According to the current Prosecutor General of the Russian Federation I.V. Krasnov, in 2020 the prosecutor's office received 5 million applications from citizens, for 9 months of 2021 – & mdash; 3.7 million. During this time, prosecutors received 910 thousand people at personal receptions. All of them are focused on ensuring that each of the appeals is considered and, if there are grounds, measures of the prosecutor's response are taken.

The very word “ prosecutor's office '' comes from the Latin take care. It is the concern for the interests of citizens, the protection of their rights, and assistance in difficult situations that are becoming one of the main missions of Russian prosecutors today.