The first president of Kazakhstan is more likely alive than dead

“They are looking for firefighters, the police are looking for, photographers are looking for in our capital …” Well, that is, not in ours, but in their , in the Kazakh capital. And not an unknown “guy of some 20 years”, but the 81-year-old first president of the republic, Elbasy, that is, the leader of the nation. It would seem, not a needle in a haystack. But the search results are just as unenviable: “They have been looking for a long time, but they cannot find …”

With their help, Nazarbayev was put into a car. The last documentary photos of Nazarbayev so far. Informal meeting of the heads of the CIS member states. 12/28/2021. Saint Petersburg. Photo: Still from video

They are already looking, one might say, all over the world. The reports that Nursultan Nazarbayev is in China are “absolutely false information”, according to the Chinese Foreign Ministry. Earlier, some journalists and experts suggested that the ex-president of the republic flew to the Chinese resort island of Hainan, where he often rests and is treated.

The press secretary of the Russian president did not dispel the intrigue either. Answering the question whether Vladimir Putin knows where Nazarbayev is and whether they keep in touch with each other, Dmitry Peskov was extremely laconic: “I still do not have this information. I can't tell you anything. ”

Meanwhile, for the last time in public, Nursultan Abishevich appeared in Russia: on December 28 last year, Nazarbayev took part in an informal meeting of the leaders of the CIS countries that took place in St. Petersburg. On the same day, the latest news on the official website of the first president of Kazakhstan is dated.

“I am one of the few witnesses of the historical event that led to the creation of the CIS in Almaty in December 1991,” Nazarbayev’s website reports. said at a rendezvous with Vladimir Putin. In his speech, Nazarbayev also “noted the importance of the further development of the EAEU, emphasizing the effectiveness and relevance of this integration association.”

At the time of preparation of the issue, this was the last known direct speech of the Leader of the Nation. It is strange, of course, that having paid so much attention to the anniversary of the CIS and the development of the EAEU, Nazarbayev absolutely did not respond to what happened a few days later in Kazakhstan itself, to the events that shook not only the republic, but also, without exaggeration, the whole world.

It is noteworthy that no one was in a hurry to refute this version. Only a few days later, on January 8, Nazarbayev's press secretary, Aidos Ukibay, through social networks asked the public “not to spread knowingly false and speculative information.”

According to Ukibai, all this time Nazarbayev was and continues to be in the capital of Kazakhstan. Moreover, he does not sit idle, but is engaged in active political activities: he conducts consultative meetings, is in direct contact with the President of Kazakhstan Kassym-Zhomart Tokayev.

Then there was another, separate statement from the press secretary, explaining the circumstances of Nazarbayev's departure from his last government post: “The Elbasy himself decided to transfer the post of chairman of the Security Council to the president … The Elbasy and the head of state have always been“ on the same side of the barricades ”. In these difficult days for all of us, they once again demonstrated the monolithic state power. ”

And so far these are the last words spoken on behalf of the ex-president. There is not much faith in the press secretary, or the one who uses his accounts – here, too, you cannot be sure of anything – to put it mildly, not much. If Nazarbayev has not left the country and if he is vigorous and active, then why won't he speak himself? Indeed, in this case, the demonstration of the monolithic state power would look much more convincing.

Well, the information vacuum has its advantages: it allows almost any flight of imagination. If nothing is known, then anything is possible. But let's try to keep within the logic.

So, version number 1: Nazarbayev is still not as cheerful as his press secretary is trying to assure him. And I would be glad to speak and explain everything personally, but, alas, cannot. Reason: years plus illness. It is not known for certain what exactly the Leader of the Nation suffers, but, according to rumors, the matter is very serious there.

This version is also supported by the footage from the December St. Petersburg summit, at which the Leader of the Nation looks quite unimportant. To call a spade a spade, he barely moves his legs. According to some observers, Nazarbayev is no longer alive at all. Which, however, is extremely unlikely: neither the family nor the authorities have any visible reason to hide his death.

By the way, for the same reason, the illness does not seem to be a convincing reason for his dumbness. At least the only reason. If the illness really twisted the Elbasy so that he could not utter a word, then it would not be in the interests of Nazarbayev and his entourage to conceal this fact. The disease is a worthy excuse. The current unexplained silence in a situation where the leader of the nation cannot remain silent is completely destroying his reputation, being, in fact, political suicide.

Version 2 looks more plausible, according to which Nazarbayev received an offer from his successor Tokayev, which cannot be refused. Namely: the proposal to keep quiet in a rag. In a situation where the process of a change of power is underway, when Tokayev is energetically cleansing the state apparatus of Nazarbayev’s cadres and Nazarbayev’s political heritage, the silence of the Elbasy is golden.

And for his successor, and for Nazarbayev himself. Tokayev has something to offer in return. The stake in this game, apparently, is the preservation of privileges for members of the large and friendly Nazarbayev family: none of them, despite all the purges, have not yet suffered.

Version # 3: Nazarbayev still left the borders country. In this case, he really would not have been able to make political statements. Say what you like, it would look like political emigration, like the flight of the “leader of the nation” from the “grateful” nation.

However, this version does not contradict the previous one. After all, one can be silent outside the country. Even more convenient. Moreover, there are countries – let's not point the finger – in which the Elbasy is treated much more respectfully than today in his homeland.

In general, we'll wait and see. Perhaps Dmitry Peskov will soon have much more information on this matter. 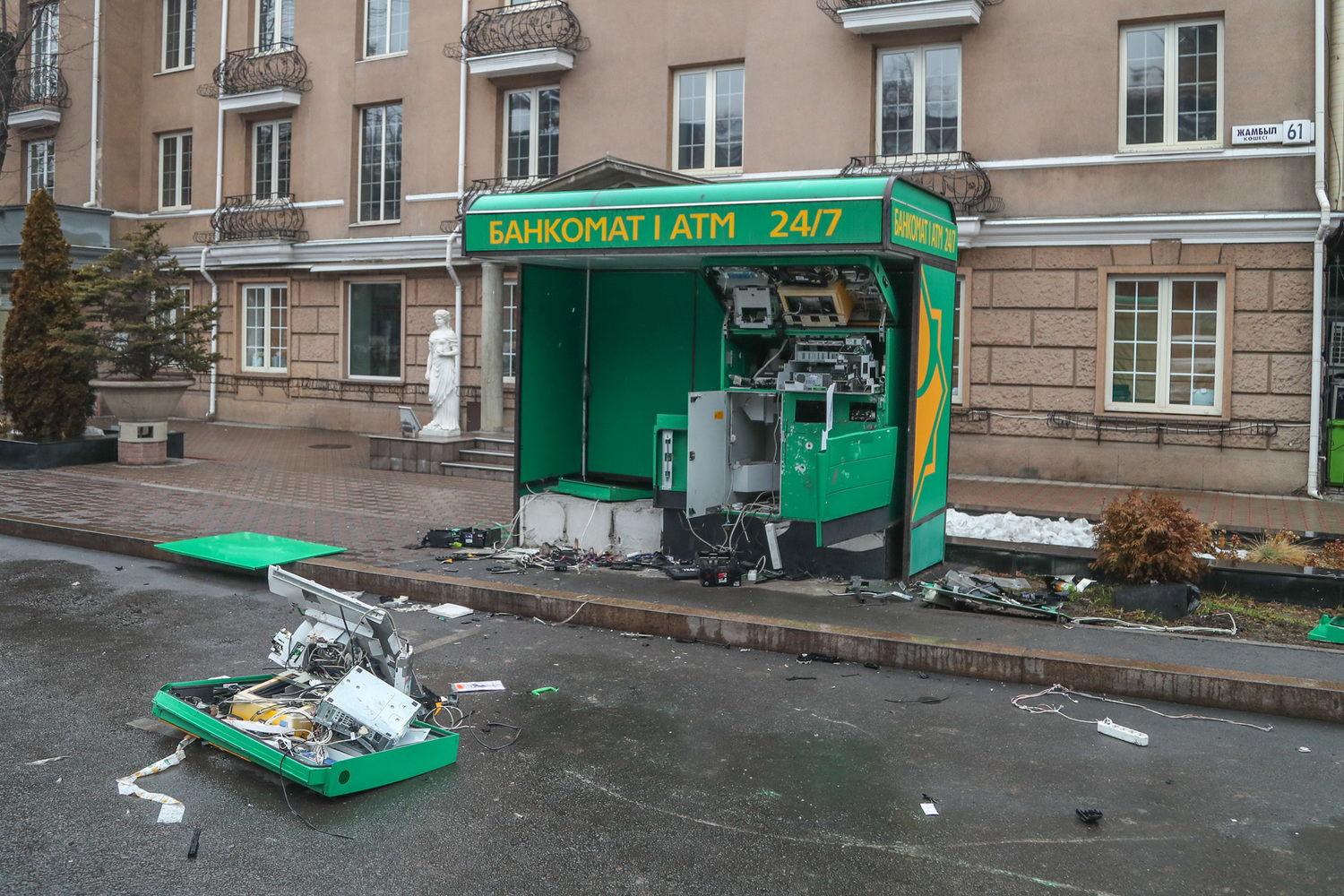