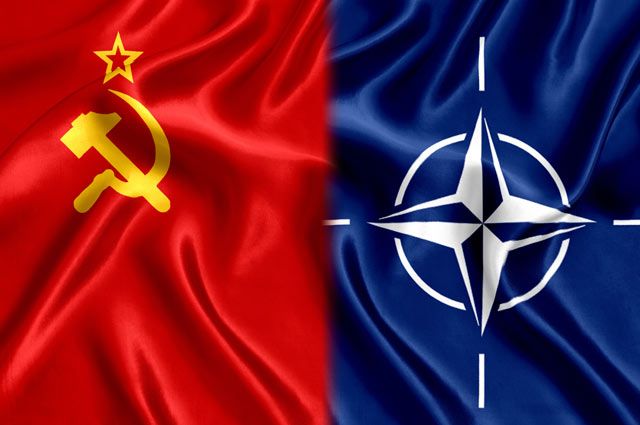 The problems in relations between Russia and the West could be resolved if they were not on opposite sides of the barricades, but within the same bloc. Such thoughts are not often heard in NATO countries today, but there are still supporters of such a position.

“ Maybe NATO really should open its doors to everyone, including Russia? ''

Retired Norwegian General Robert Mood in an article published by Aftenposten, suggested changing the current approaches to relations with Moscow. According to the general, in the three decades that have passed since the collapse of the Soviet Union, Russia has not been accepted in the West as a full partner. Moreover, we are talking not only about diplomacy, but also about the attitude towards Russians in general.

“ I also don't remember seeing at least one film or TV series where the Russians would be positive, and the Western characters & mdash; negative. Western culture is promoting the US and Western Europeans as something undeniably good. And at the same time cultivates the image of Russia and Russians as something unambiguously evil, vile and primitive. We distort reality, portraying it as the main villain, and the United States and the West – & mdash; impeccable defenders of democracy '', & mdash; quotes the words of the Norwegian general of Radio Sputnik.

According to Mod, it is necessary to act differently: “ Maybe NATO really should focus more on defense and open the door to everyone, including Russia, urging its members to abandon bases and nuclear weapons outside their own territory? Unless we start thinking differently, we are likely to quickly lead to even greater conflicts and wars in both the short and long term. ''

The idea of ​​our country's membership in NATO is by no means the know-how of a Norwegian general. For the first time this topic was discussed 70 years ago, and on the initiative of the Soviet Union.

Immediately after the end of the Second World War, Western countries, primarily the United States and Great Britain, set out to reduce the influence of the USSR in the world. Speech by Winston Churchill in Fulton, which actually proclaimed the beginning of the Cold War, was the prologue to action.

March 17, 1948 five Western European states & mdash; Belgium, Great Britain, Luxembourg, the Netherlands and France entered into the so-called Brussels Pact, the key provision of which was the creation of “ collective self-defense ''. Germany was considered as a possible aggressor in the event of the return to power of the militarists, however, first of all, the USSR was considered as an enemy.

On April 4, 1949, 12 countries, among which were the signatories of the Brussels Pact, the USA, Canada, as well as Denmark, Italy, Norway, Portugal and Iceland, signed the North Atlantic Treaty. Its anti-Soviet essence was not hidden, neither then, nor now.

First NATO Secretary General Ismay Hastings formulated the purpose of the organization's existence rather succinctly: “ To keep the Soviet Union outside, Americans ''; inside, and the Germans & mdash; in a subordinate position. ''

During NATO's 65th anniversary celebrations, then NATO Secretary General Anders Fogh Rassmussen stated: “Sixty-five years ago this month, NATO was created in a dangerous world. As the shadow of the USSR thickened over Europe, 12 countries on both sides of the Atlantic have banded together to defend their security and core values: freedom, democracy, human rights and the rule of law. ''

Indeed, it was the noblest association: yesterday's allies of the USSR in the fight against Nazism (USA, Great Britain, Canada), together with those who were allied with the Third Reich (Italy), as well as those whose independence was paid for with the blood of Soviet soldiers (Norway ), were preparing to put an end to the “ dangerous Bolsheviks. '' With a country that not only made the greatest contribution to the victory over fascism, but also suffered heavy losses in this struggle, incomparable with the losses of other European states.

At the same time, the North Atlantic Alliance was not a response to similar actions of the USSR & mdash; There was no pro-Soviet military bloc in Europe at that time.

At the same time, Western diplomats in conversations with Soviet colleagues insisted: NATO is exclusively defensive in nature and thinks only about “ protecting the world. ''

When Turkey was included in NATO in 1952, again declaring the peaceful nature of the organization, Joseph Stalin in his usual ironic tone, he remarked: “ Shouldn't we join NATO then? ''

The legend of Soviet diplomacy Andrei Gromyko has publicly declared more than once: “ If this pact was directed against the revival of German aggression, the USSR itself would have joined NATO. ''

Gromyko became the ideological inspirer of the Soviet Union's attempt to join NATO, which took place in 1954.

On March 31, 1954, the USSR government sent an official note asking for admission to the North Atlantic Alliance. The document said: “ The North Atlantic Treaty Organization would cease to be a closed military grouping of states, it would be open for the accession of other European countries, which, along with the creation of an effective system of collective security in Europe, would be of great importance for strengthening global peace. ''

The West's response was overwhelming: “The unreal nature of the proposal is not worthy of discussion.” However, the United States was ready to consider such a possibility in the event that the USSR abandoned its bases in the Far East, the withdrawal of Soviet troops from Germany and Austria, and Moscow signed a number of arms limitation treaties on Western terms. At the same time, the “ collective West '' He was not going to undertake any obligations.

Calling things by their proper names, the USSR offered a surrender, akin to the one that Mikhail Gorbachev later went on , and then continued Boris Yeltsin … But the Soviet leaders of the 1950s, despite their many shortcomings, were not idiots.

On May 9, 1955, West Germany was admitted to NATO. That is, in violation of all previous agreements of the member countries of the anti-Hitler coalition, they made the country that initiated the Second World War a member of the military bloc.

Five days after the admission of West Germany to NATO, Moscow made a retaliatory move & mdash; The USSR and the socialist countries created the Warsaw Pact Organization for Peace and Security in Europe. The Soviet alliance, whatever one may say, was only a response to the actions of the West.

The collapse of the socialist bloc and the USSR gave birth to a new reality. In which, in December 1991, Russian President Yeltsin sent an appeal to NATO, announcing joining the North Atlantic Alliance as one of the goals of his foreign policy.

In Russia in the early 1990s, the idea of ​​NATO membership was indeed discussed, but the general background was negative. And there was no clear answer to the question & mdash; if the Cold War is over, why do you need a bloc that was previously conceived against the communist Soviet Union?

Today, from the published correspondence of Western diplomats, it becomes clear & mdash; both the United States and Europe understood perfectly well that any NATO expansion to the East would be perceived by Moscow extremely negatively. All the main Russian political forces saw this as hostile actions towards Russia, and Washington was well aware of this.

Agreeing to Russia's NATO membership could have changed the entire history of international relations, but the West found it more logical to act as the victor in the Cold War. & mdash; that is, ignoring Moscow's opinion on this issue altogether.

“ Maybe look at the option that Russia will join NATO ''

Today it's hard to believe, but his career as President Vladimir Putin started out as a politician with a very pro-Western outlook.

While still acting. head of state, in early 2000 in an interview with BBC he said he was considering Russia's membership in NATO: “Why not? I do not exclude this possibility & mdash; in the event that Russia's interests are taken into account, if it becomes a full-fledged partner. ''

The same topic was discussed at the talks with US President Bill Clinton … In 2017, Putin recalled it this way: “During the discussion, I said:“ Maybe look at the option that Russia will join NATO. ” Clinton replied: & bdquo; I don't mind & ldquo ;. But the entire delegation was very nervous. ” One could even say that he went against the opinion of the majority of Russians, believing that relations with the West were extremely important for the future of Russia.

“ We have a fair right to ask frankly & mdash; Who is this enlargement against? ''

In 2004, the so-called 'fifth NATO enlargement' took place. The block included not only the former socialist countries, but also the former republics of the USSR & mdash; Lithuania, Latvia and Estonia.

No one was going to take Russia's opinion and interests into account, getting off with general words about “ partnership ''.

In his famous Munich speech in 2007, Putin bitterly stated: “The process of NATO enlargement has nothing to do with modernizing the alliance itself or ensuring security in Europe. On the contrary & mdash; this is a serious provoking factor that lowers the level of mutual trust. And we have a fair right to ask frankly & mdash; Who is this expansion against? And what happened to the assurances given by Western partners after the dissolution of the Warsaw Pact? Where are these statements now? … Now they are trying to impose on us new dividing lines and walls & mdash; even virtual, but still dividing, cutting our common continent. Really, it will take many years and decades again, a change of several generations of politicians, to & bdquo; make out & ldquo; and & bdquo; dismantle & ldquo; are these new walls? ''

The speech of the President of Russia was considered aggressive in the West. But Putin just called a spade a spade, having ceased to pretend that our country is satisfied with such a situation.

The West responded in 2008 with the Georgian attack on South Ossetia & mdash; an attack carried out by an army trained with the help of NATO instructors and equipped with weapons from the Alliance countries. The attack on Tskhinvali was the first open military challenge to Russia. And this challenge was accepted.

The conciliatory idea of ​​the Norwegian general is unrealistic for just one reason – & mdash; The North Atlantic Alliance, created against the USSR, has always seen an enemy in Russia as well. The enemy, which is so necessary for both politicians and merchants, because the image of a “ threat '' so easy to play in elections and when receiving budgets.