Ambassador Antonov accused the US authorities of blocking the work of the Russian embassy Bank of America closed the accounts of two Russian consulates general, the work of the embassy in Washington was blocked, and diplomats receive threats, said Anatoly Antonov 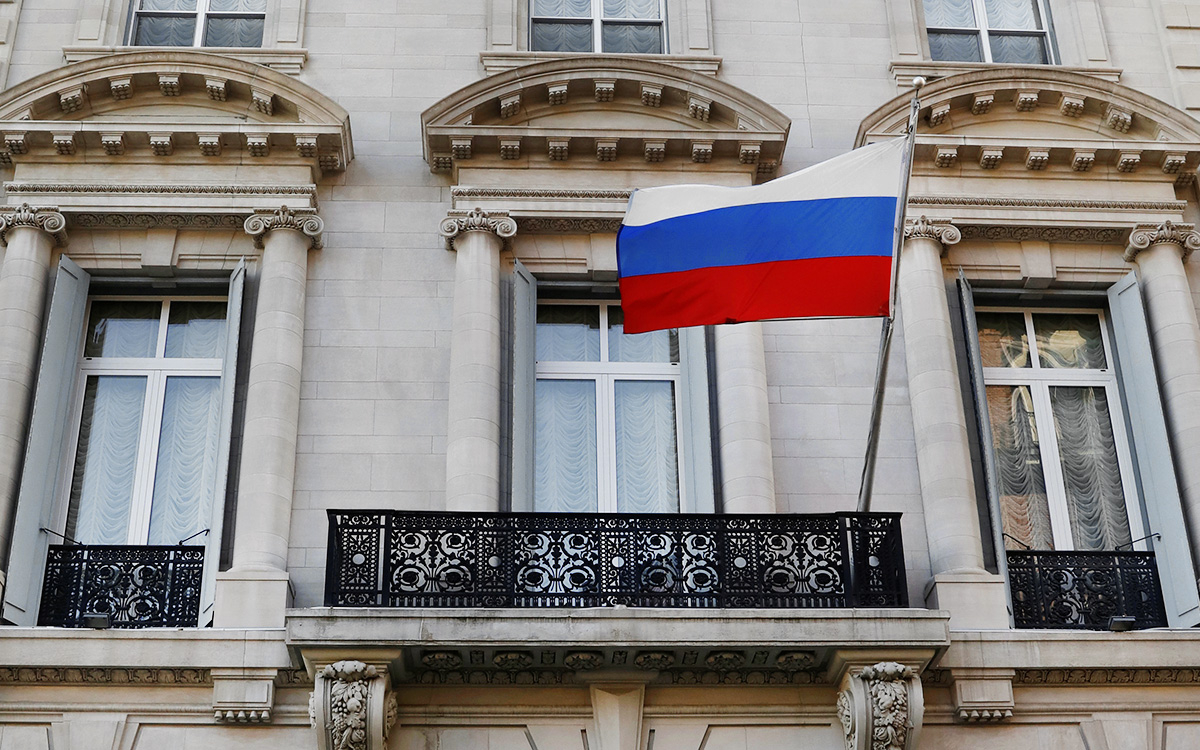 Consulate General of the Russian Federation in New York, USA

The activities of the Russian embassy in the USA are “under blockade” from Washington, said on the air of the channel “Russia 1” head of the diplomatic mission Anatoly Antonov. “The accounts of our two consulates-general in Houston and New York have been closed by the Bank of America,” he said.

In addition, Antonov said, the embassy staff received threats, for some time they were blocked from leaving the diplomatic mission. “There were fairly numerous demonstrations, there were acts of vandalism, they poured paint over it,” — Ambassador added.

Last November, the Russian Foreign Ministry said that a total of six objects had been confiscated from Russia in the United States. In December 2016, the administration of President Barack Obama, as part of sanctions against Moscow, closed two country residences of Russian diplomats in New York and Maryland and expelled several dozen Russian diplomats. Under the next US President Donald Trump, the Russian consulates in San Francisco, Seattle and New York, as well as Russian trade missions, were closed.

As the Russian ministry pointed out, diplomats do not have access to these buildings and do not know the state of the utilities and the material values ​​​​left there, and the issue of blocked property in the United States remains a “sharp irritant”; for Moscow in relations with Washington.

Since April 2021, due to a new aggravation between the two countries, dozens of Russian diplomats have left the United States, in connection with which, according to Antonov, the Russian representation in the United States is facing a “serious personnel shortage.” Russia retaliated; in addition, President Vladimir Putin ordered to limit the admission of Russians or third-country nationals to work in the diplomatic missions of “unfriendly” Russia countries. The US State Department then stated that the embassy in Russia, due to a lack of staff, limited its work to the performance of technical functions: the staff of the embassy has been reduced from 1,200 to 120 people since 2017.

In January, Antonov said that the State Department had put the question of his departure from the country if Russia does not issue visas to the guards of the American ambassador in Moscow. A month later, according to the diplomat, the situation has not changed.

Read on RBC Pro Pro Dialogue is needed: how product manufacturers respond to sanctions Articles Pro The company has suspended business in Russia. What to prepare for its director Articles Pro Why Russia finds it difficult to sell more in China Articles Pro How John Rockefeller became the richest man in the world. History of Standard Oil Articles Pro Russians switched to crisis shopping models: what and where they buy Researches Pro European ports are closed to Russia. How to transport goods from China now Articles Pro How the development of surgical instruments made an immigrant a billionaire Articles Pro I listen, but I hear the wrong thing: how to deal with communication distortions Instructions with the administration of President Joe Biden, but diplomats lack contact with senior officials. According to the ambassador, they refused to meet him several times after Biden was elected head of state.