An unprecedented wave of Russophobia raised by the countries of the collective West forced them to take emergency and non-standard measures. Today, a group of deputies and senators submitted to the State Duma a draft of a new law on foreign agents. In addition, the senators thought about retaliatory measures for countries that have adopted the “Polish trend” for the total hatred of all Russians. For such states, a “map of shame” can be created. And for Russians who have become victims of foreign bullying, legislators have proposed support measures. 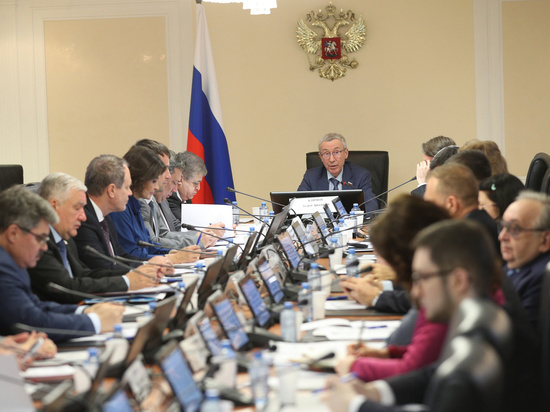 Today, it is necessary to support not only ordinary compatriots abroad, but also diplomats from the Russophobic rhetoric of Western countries, the Federation Council stressed. The “wholesale” expulsion of employees of Russian diplomatic missions is far from the highest aerobatics in the policy of unfriendly countries to overthrow the system of international relations. Andrey Klimov, Deputy Chairman of the Federation Council Committee on International Affairs, spoke about what is now happening in the Russian Embassy in the United States:

“All bank accounts of our diplomats have been frozen. Any cash at the box office – use that one. It happens there – it is very difficult to choose words. This is not only the expulsion of diplomats, unfortunately, ”the senator complained at a meeting of the Interim Commission of the Federation Council on protecting state sovereignty and preventing interference in the internal affairs of the Russian Federation.

On the agenda today are acute measures of emergency assistance to compatriots who have become victims of the Russophobic rhetoric of unfriendly countries. For the outer circuit, the arsenal is still small. For example, Rossotrudnichestvo created a chat bot in Telegram. According to the head of the department, Yevgeny Primakov, one can write to the bot about all cases of harassment of Russians abroad.

“The hybrid war has led to the fact that our diplomats cannot fully work abroad. Nevertheless, all facts of damage to property (of the Russian-speaking population of foreign countries – “MK”), threats are recorded by our foreign agencies. We resist wherever we can, up to going to courts,” Deputy Foreign Minister Yevgeny Ivanov said and added that the Russian Bar Association is now helping to prepare the legal framework for such cases on a voluntary basis.

A week ago, the AJUR launched a humanitarian project “For the rights of compatriots – Russia in touch.” Lawyers provide free consultations to Russian-speaking people who have become victims of bullying abroad, collect documents and evidence for subsequent filing of lawsuits and complaints in courts. of people. Their laws prohibit discrimination. The goal is to show and reveal these facts. They teach us how to properly implement legislation, including international legislation, but they themselves forget how to implement it. We will help them remember,” explained Stanislav Alexandrov, deputy chairman of the AJUR.

In order to cool the ardor of Russophobes at least a little, the senators suggested more actively using the article of the Criminal Code “Inciting hatred or enmity, as well as the humiliation of human dignity.” And it is not so important whether the culprit is in Russia or abroad.

“They say they will not come to us for trial. It's okay, we'll consider the case without them. They act without law and investigation, and we will have everything in court,” Andrey Klimov said.

On a more global scale, parliamentarians propose to create a separate “map of shame”. The states that have adopted the so-called “Polish trend” – a course towards total Russophobia – will get there.

“Let's mark such countries with brown, and then let them think about how to get rid of this color. And our businessmen should be warned: be more careful if you plan any events there. So that later they would not be surprised when contracts with them are terminated in these countries, ”Klimov suggested.

Finally, work with foreign agents acquires a fundamentally new format. Just today, a group of deputies and senators submitted an appropriate bill to the State Duma. It is worth paying attention to the name of the document – “On control over the activities of persons under foreign influence.” This is important: the updated law no longer focuses on money. Paying a foreign state, a private person or an organization to an agent or influencing him in some other way is not the point. According to the new law, the very fact of exercising influence in any form will be decisive. The authors of the bill emphasize that the new approach will close all the loopholes that foreign agents have had so far.

“For 10 years we have been developing this topic. We did not stop it, and now there is a need to streamline all these definitions. The bill does not contain new sanctions – they are all listed in the Code of Administrative Offenses. The main thing is to close the loopholes. By the way, there is an American law “on the containment of Russia” – it says about closing all loopholes for the Russian Federation. This law was adopted back in 2017, five years before our special military operation,” said Senator Klimov.

Well, in order to completely cut off oxygen to foreign agents, a special register of persons affiliated with them will be created. Senators explain: citizens and NGOs working in the interests of unfriendly countries are already in full view, so they have learned to mimic, hiding behind figureheads and screen companies. The developers of the new law are confident that the tightening will hit the hands of those who want to open a “second front” against Russia – for now, at least, informational.

Meanwhile, parliamentarians and diplomats noted an amazing trend. On the one hand, the return to normal relations with Western countries will be long and difficult, the Foreign Ministry acknowledged. On the other hand, against the backdrop of total Russophobia, a serious increase in interest in the study of the Russian language is recorded.

“Russian is being studied as a “language of a conditional enemy” with the money of the Pentagon and the CIA. If anyone does not know, the director of the CIA speaks excellent Russian, almost without an accent,” said Senator Andrey Klimov.