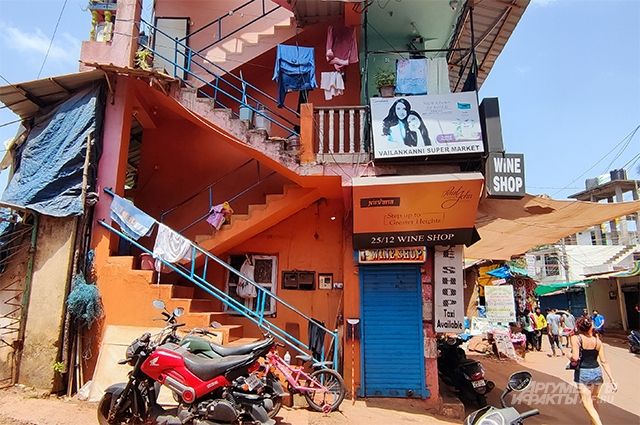 Even 2.5 years ago, Russian was heard everywhere — tourist villages near the beaches in the north of the Indian resort of Goa, such as Arambol and Morjim, were completely populated by our compatriots. According to calculations, they moved here “for a” permanent 15 & nbsp; 000 citizens of Russia. Many rented apartments in Moscow or St. Petersburg and for rented housing in Goa —     a room with air conditioning and hot water here costs 8 500 rubles a month, including "communal apartment" It was called “downshifting” — you move to eternal summer, live by the beach for a penny, meditate completely forget about worries.

The first crack “downshifting” gave in 2014 the year when the ruble depreciated twice. Now most of the Russians have disappeared — they had to leave Goa. Epidemic, quarantines, Western sanctions, cancellation of charters, inability to send money from Russia, blocking of visa cards did their job. I walk along Arambol beach — only Indian tourists rest around, the cafe no longer has our menu, although signs in Russian have been preserved: albeit on closed shops and restaurants. However, those citizens of the Russian Federation who remained do intend to leave the sea. They invented their own methods to circumvent Western sanctions.

“There are money changers, there are no scammers”

Most of the stories are like — "I came on a goa trip, I liked it so much that I decided to stay". Dancer and fireman (specialist in fire show) Roxanaoriginally from a small town in the Leningrad region.               seen the sea       had a morbid dream of seeing it — she tells. — I saved money  and I even pasted over the box where I put the banknotes with photographs of the sea. Then the idea came to go to India. Far from immediately, but in the end I settled here. Finding a job in Goa is easy — offers are pouring in from all sides… I started with amateur performances, they let the hat go around, collected a thousand rupees (880 rubles), now they invite you as an artist to weddings: you can get 25 000 rupees ( 20 000 rubles). The income of a good magician for performance — 60 000 rupees (50 000 rubles). At the height of the epidemic, two “lockdowns” in a row, I ran out of all means of livelihood: I threw away my pride and began to write to everyone — ex, partners, friends. Transferred, enough to pay the rent. Now the cards are blocked, but they found a way out immediately — intermediaries, money changers appeared in Goa: they give you rupees in cash, and you transfer it to a Russian account in rubles. There is no Kidalov».

Roxana is not going to leave  — “I live in India well and comfortably». 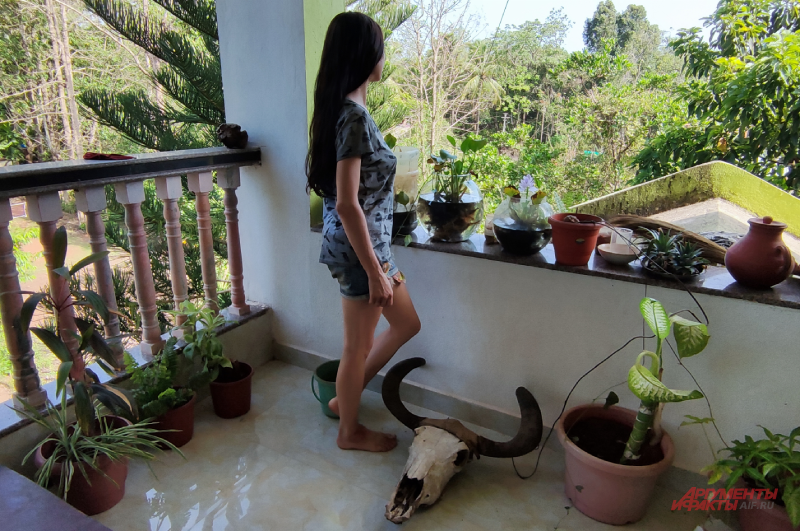 “We lived here on rice alone”

60-year-old Moscow pensioner Svetlana Kolyavkina — a former worker of the ZIL plant (“limiter” — as she laughingly speaks of herself), came to meet me on moped. She has been in Goa for two years now, although she receives a small pension — 20 000 rubles.

“If you live modestly, it's enough, & nbsp; & mdash; Svetlana says. — But how I rejoice in life! I got up in the morning, swam in the sea, you can cook food. Freedom, high, such emancipation, there is no constant anxiety about tomorrow. I and still haven learned English, but  and normal — explain with gestures. My relatives even envy me in a good way that I live warm by the sea all year round. In quarantine, when many lost their jobs, it was hard — much was imprisoned for the Russians. There were our kindergartens, schools in Russian — I baked pies there for dinners. But life has taught us to survive in any conditions. In  Goa there are people who ate only rice, as soon as lack of money came — for 20 rupees a kilo was bought, boiled and ate. We live together, love each other, don quarrel: the Indian people consider us their brothers — some Indians helped Russians with food during the quarantine. 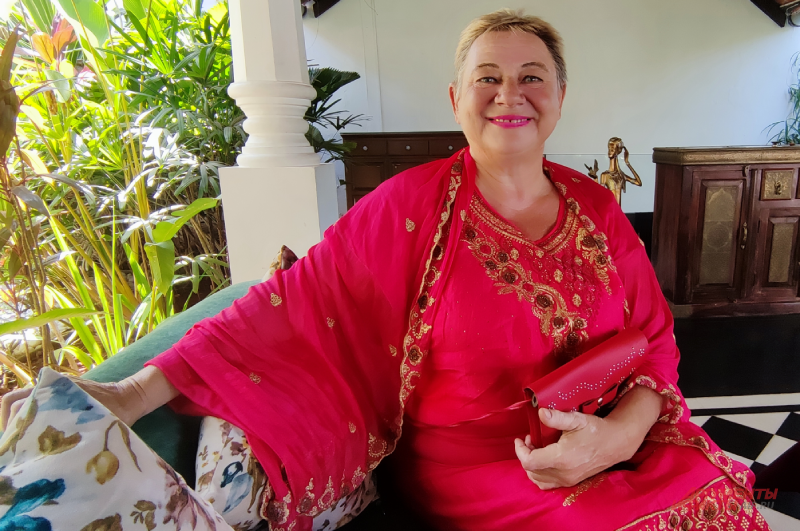 Svetlana is a lively and cheerful woman. Recently she taught Indian chefs how to cook borscht. "I don know if they   — she smiles. — But I tried my best!» 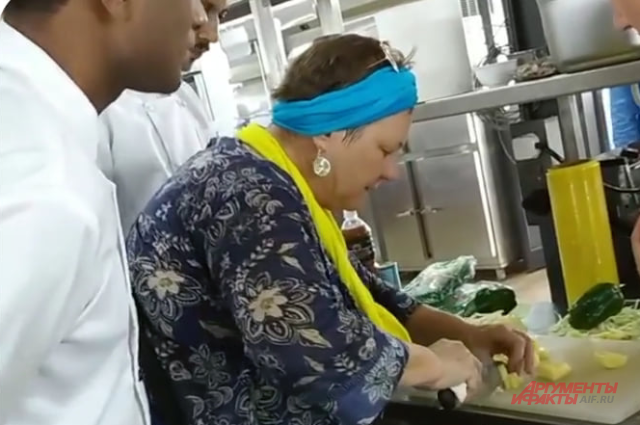 «They threatened to beat me with sticks»

World champion in ultimate fighting Pavel Boloyangovis considered a star not only among Russians, but also among foreigners of Goa. He took a tough fight against garbage —promotes sorting, proper disposal of waste: and quite successfully.

«Our people at first treated me like a jerk — Paul waves his hand. — Type — there's nothing for you to do! The Indians also threatened to beat with bamboo sticks — why did you come, interfere with our lifestyle! But I for a couple of years  — stopped burning plastic and dumping it into the sea, I set up a system for collecting, sorting and destroying garbage. Tourists at least began to breathe normally. Two years ago on May 9 I subbotnik arranged — people came out to clean up the pollution, they sang songs about the Victory — And not only Russians, but and foreigners!»

Having invited me to a rented apartment, Pavel fries pancakes like a hospitable host. “Help yourself. I is full of things and in Russia I propose to do it, but nobody needs — neither sober education, nor patriotic societies, nor preservation of the gene pool through sports and a healthy lifestyle. With & nbsp; garbage the same way. In & nbsp; India, although & nbsp; there would be laws by & nbsp; there is an ecology, but & nbsp; they are not & nbsp; they are fulfilled … but in & nbsp; Russia and & nbsp; no legislation really! & Raquo; & nbsp; Supporters of Paul, penetrated by its ideas, pay for the housing fighter. He says — “I live modestly. Not for myself.  I have a task to understand — we destroy the planet, and it must be saved! Will will leave Goa? Not now".

Yulia Rozensonfrom Yekaterinburg first came to India with yoga -tour, yes so then after years and stayed.

«I was always drawn to  hot countries», — she confesses. Julia helps women who decide to give birth at home with  — prepares for the process, accepts the child.

«There was a case that a friend of mine was already giving birth, and the goa hospital was not taken — sorry, we only get hospitalized with coronavirus. And what to do how to be? I  managed to come to her place, helped, and “lockdown” entered — I had to live at home with a young family for three weeks. 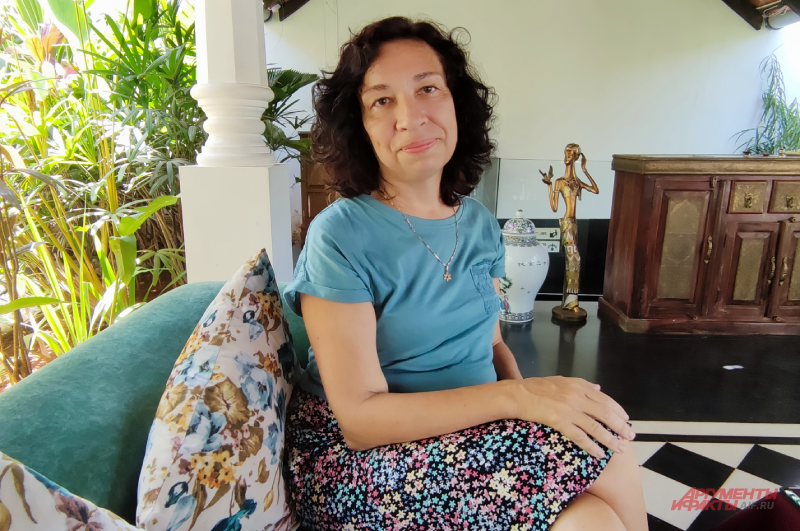 From the Russian community, someone in panic ran to ATMs to withdraw money from cards (they were still working then) — and, of course, great lost on the exchange rate. Now upset.

She notes that our person knows how to adapt to any difficulties — “When it seems that things are going really badly, ours are sure to come up with something. And mutual assistance works». 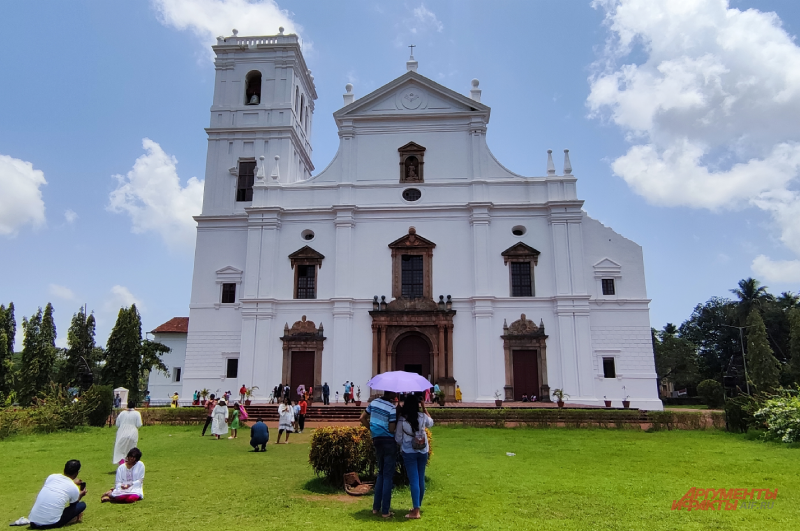 I asked the Russian residents of Goa: is it true at the beginning of the COVID-19 epidemic, hoteliers kicked foreigners out into  — — claiming that it was they who brought the contagion to India?  — yes, there was such information, but  God had mercy on them personally, they didn't put them out the door.

«Without Russians, Goa will end as a resort in the next couple of years, — considers the owner of the hotel “Casa Ajaana” Mubashir Shah, who studied in Russia in the 90s. — Therefore, we very much hope that your people will return. You see, a Russian person knows how to create a holiday around himself. He even from a usual trip to a cafe will make a super party! Indian tourists came here, attracted specifically by Russian events. We look forward to charter flights with Russian citizens to Goa as soon as possible».

In the morning I call the cafe in Morjim village and ask if they serve borscht somewhere. “There is no borscht, — a female voice sadly informs me in good Russian. — But hang in there!»