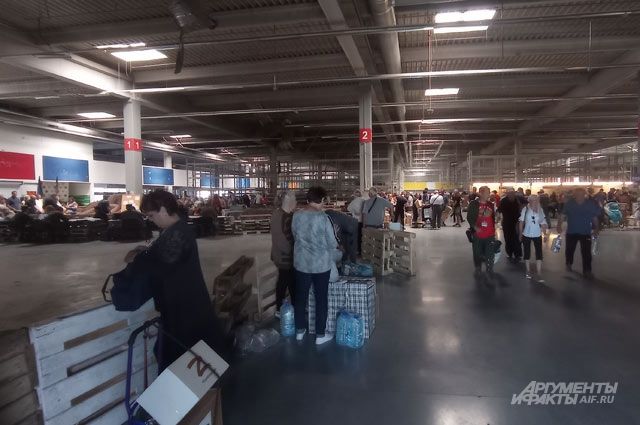 June 14 United Russia opened a logistics center in the Belgorod region for the distribution of humanitarian cargo in the Kharkiv direction. Here, goods will be redistributed from the regional branches of the party.

Food, water, building materials, and basic necessities will be delivered to United Russia mobile aid centers, which will be opened in the liberated territories, said head of the Central Executive Committee of the party Alexander Sidyakin.

“The first cargo will be sent today. Trucks come from all over the country. Today two trains arrived from the Lipetsk and Moscow regions, on the way — from Bryansk. Further, assistance will be distributed according to need among the residents of the liberated areas. After the start of the NWO, we organized this work through Rostov-on-Don, but since the geography of the liberated territories is expanding, United Russia opens two more logistics centers — in the Belgorod region and in the Crimea, in Armyansk», — he explained.

As noted by the secretary of the Belgorod branch of “United Russia”, Governor Vyacheslav Gladkov, the opening of the — continuation of the party's systemic assistance to the people's republics.

“This will allow us to more quickly respond to the problems raised by the leaders of the liberated territories. They ask for help. And from today it will be faster and better”, — he said.

«United Russia» from the first day of the special operation, it has been providing comprehensive assistance to the evacuated residents of Donbass, as well as to those who remained in the LDNR and in the liberated territories. Regional branches of the party have already delivered more than 9 thousand tons of humanitarian cargo to the people's republics, of which more than 300 tons of medicines.

There are 17 United Russia humanitarian centers on the territory of the LDNR and the liberated territories, 9 of them — in Mariupol. The first and largest help center was opened on March 24 in the former Metro supermarket. in Mariupol. The work of the field kitchen, the distribution of SIM cards and the provision of medical assistance, as well as assistance in finding missing relatives, are organized here. Doctors, psychologists, social service specialists and employment services are working so that people can get a job, a children's room and a pharmacy. The same party center for humanitarian aid began to work in Popasna.

The United Russia Humanitarian Center, opened in Kherson, has been operating since the beginning of June. During this time, more than 90 tons of food packages, hygiene products, baby food, diapers, medicines and much more have already been distributed. More than 8,000 people have already turned to the center in Kherson for help. Volunteers of the center deliver food packages to the settlements of the Kherson region with the assistance of the Russian military and the National Guard.