Returning from the Middle East tour, US President Biden found himself under a new wave of criticism, not only because the country continues to rising inflation and gas station prices, but also in connection with flirting with the infamous Saudi Crown Prince Mohammed bin Salman in the States. The American president gets it from his opponents and for miscalculations in the Ukrainian direction.

Donald Trump: “There would be no conflict in Ukraine”

Biden's Ukrainian policy receives the most powerful blows of criticism from the Republican-conservative camp. And number one here, of course, is Donald Trump, who smashes the actions of his main opponent, who defeated him in the 2020 presidential election, to smithereens. No sooner had the Russian special operation begun than the former US president blamed Biden's “weakness, cowardice and incompetence” for everything. According to Trump, if he was in power, the conflict in Ukraine would never have started. Now, the ex-president continues his philippic, the situation threatens to escalate into World War III, and Biden, who is trying to fill the void due to Russian oil import bans, “is now crawling around the world on his knees, begging and begging Saudi Arabia, Iran and Venezuela for mercy.” “”. 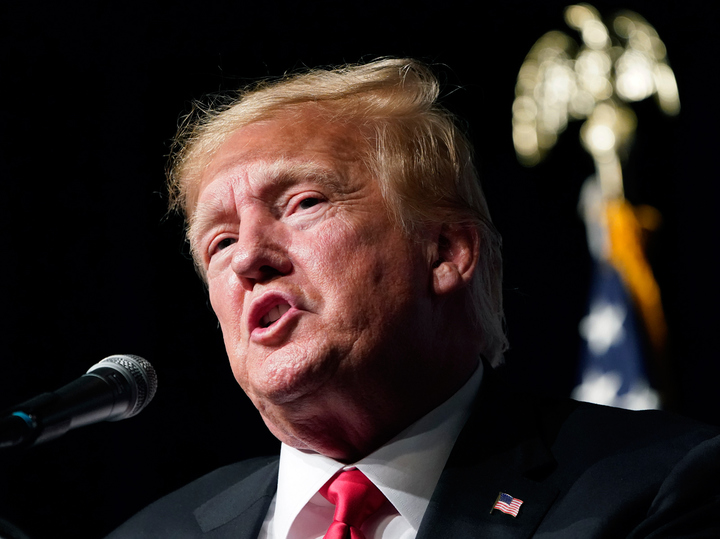 But besides Trump, there are many prominent figures in the conservative camp who criticize Biden's actions on the Ukrainian conflict.

An article just appeared in The American Conservative magazine by retired Colonel Douglas McGregor, who at one time almost became the US ambassador to Germany, where Trump wanted to send him (but Congress blocked this appointment). At the end of the Trump presidency, in November 2020, the colonel was appointed senior adviser to acting. Pentagon chief Christopher Miller, a post he held until Trump left the White House in January 2021. 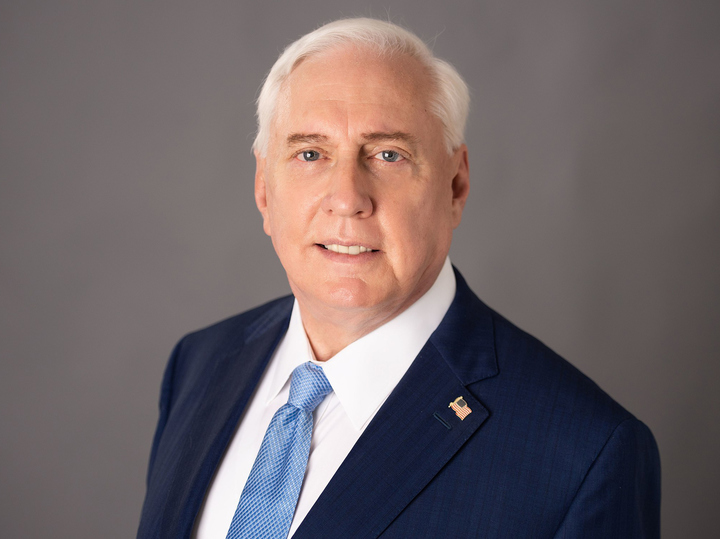 In his latest op-ed, McGregor writes: “Determined to fight his proxy war with Russia to the end, Biden is losing the battle in Ukraine and his beloved deified horse, NATO, is on life support. The only thing falling faster than Biden's approval ratings is the US and European economies.”

The retired American colonel continues: “Each NATO member state recognizes that the longer the conflict continues, the more likely it is that the fighting will spill over into the Eastern European NATO member states. Europeans have always been worried about Biden's rush to confront Russia in Ukraine. Now the Europeans see that a clash with Russian military power is quite possible… However, such a possibility does not seem to have crossed President Biden's mind. If so, then he should think about it.

The withdrawal of US troops from Afghanistan was long overdue, but the timing and method of withdrawal demonstrated that the US military was not only poorly commanded, but the planning and implementation of the withdrawal from Kabul was disastrous.

Even among the Republicans, McGregor occupies a special position : he not only once supported the annexation of Crimea to Russia, but also said that the same should be done with the Donbass. Such statements gave rise to his fellow party member Liz Cheney to declare that Doug McGregor represents “Putin's wing of the Republican Party.”

Tucker Carlson, another well-known conservative commentator, host of one of the most popular cable news programs in the US, Tucker Carlson Tonight on Fox News, has repeatedly lashed out at the Biden administration for the fact that the Democratic government considers the interests of Ukraine more important than the interests of the Americans. At a time when many people in the United States are out of work and those who work are rapidly becoming poorer due to inflation, Congressmen are voting to provide tens of billions of dollars to help Kyiv, according to Tucker Carlson. 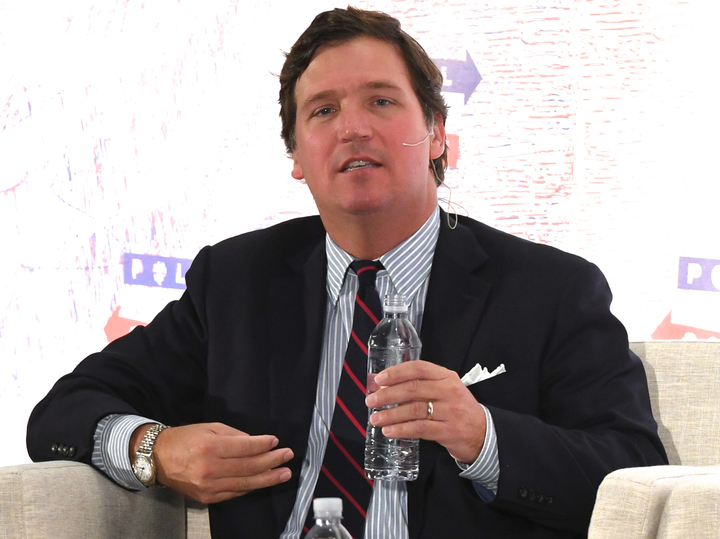 Carlson, 53, who is considered “perhaps the most famous supporter of Trumpism,” as Politico puts it, recently commented sharply on Biden's statements, which promised to “support Ukraine for as long as it takes.”

“For as long as it takes ! Tucker Carlson was indignant on the air. – Whatever it costs for Ukraine! While the American economy is heading towards complete destruction, Ukrainians are dying, who wins? Well, the Ukrainian oligarchs are getting richer, getting richer.

Since January of this year, the Biden administration has sent about $8 billion to Ukraine for so-called security assistance alone. This includes missile systems, howitzers, ammunition, radar systems, etc., etc. …

You have to ask: once we send these weapons to Ukraine, where will they go? What is happening to him? These are complex and deadly weapon systems. Well, nobody knows where they're going. Nobody is watching. US officials, representatives of the Biden administration admitted this to The Wall Street Journal.

“What will happen to these weapons? Carlson continues. – The Czech Defense Minister knows, he said that some of these weapons will be smuggled out of Ukraine: “It is difficult to avoid trade or smuggling. We did not achieve this in the former Yugoslavia and probably will not avoid it in Ukraine.” This is madness. If you wanted to make Eastern Europe dangerous and unstable for generations, that's exactly what you did.”

If in the words of Colonel McGregor one can, if desired, see pro-Russian sympathies, then it is difficult to suspect them of 43-year-old Victoria Spartz, the first and only member of the US House of Representatives born in Ukraine (formerly Vika Kulgeiko, a native of Nosovka, in the Chernihiv region, who moved to 2000 to the States). But that doesn't stop congresswomen from accusing President Biden and his Ukrainian counterpart Zelenskiy of “playing politics with people's lives” as the conflict rages with no end in sight. 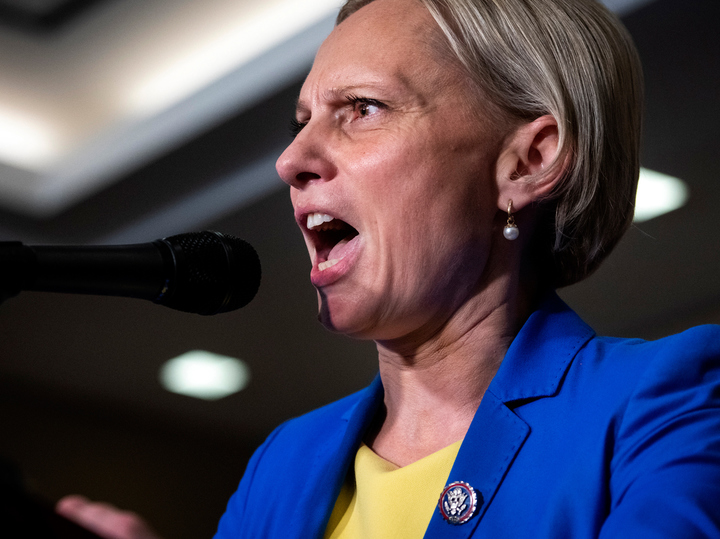 Republican Victoria Spartz, representing the state of Indiana, was one of the first members of Congress to visit Ukraine after the conflict began. She – as an ethnic Ukrainian – was even invited to the ceremony of signing the Lend-Lease law by Biden to help Kyiv. She, among other things, advocated the adoption of a bill allowing US citizens to fight on the side of Ukraine, and supported the law on the elimination of bureaucratic delays in the delivery of American aid to Kyiv. But she recently issued a blunt statement: “President Biden needs to stop playing politics, have a clear strategy, and align security assistance with our strategy.”

According to her, Congress should “establish proper oversight of Ukraine's critical infrastructure and arms transfers.” By the way, the concerns expressed by Victoria Spartz about inadequate oversight of US military aid packages to Kyiv have been supported in recent weeks by a number of Democrats who fear that modern weapons and military equipment supplied by the Americans may end up in the wrong hands.

Moreover, Spartz urged Biden to brief Congress on years of allegations against Zelensky's chief of staff, Andriy Yermak. According to her, he sought to “prevent Ukraine from properly preparing” for a conflict with Russia. The activity of congresswomen with a Ukrainian background caused sharp indignation in Kyiv, where, through the mouth of the official representative of the Ministry of Foreign Affairs, Oleg Nikolenko, Victoria Spartz was called upon to “stop trying to earn extra political capital on baseless speculations” on the topic of “grief of Ukrainians.”

Rand Paul: “The US pushed the Kremlin into a special operation”

Prominent critics of Biden's Ukraine policy include Republican Senator Rand Paul from Kentucky. Among 11 members of the Senate from the “good old party” he voted against an increase in the funds allocated to Kyiv.

“We have no money for anyone,” he told HuffPost. “I mean, every year we lose a trillion dollars. Therefore, any money that is allocated to be sent to another country must first be borrowed from the other country. 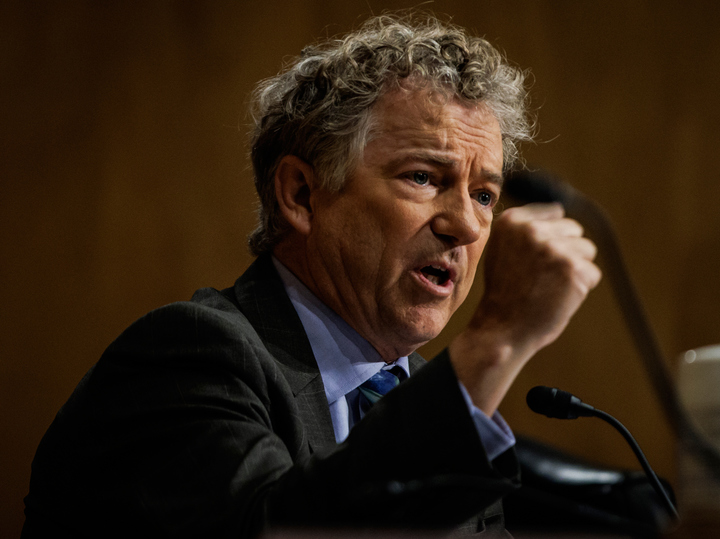 As you know, 59-year-old Senator Paul, who has a reputation as a “financial hawk”, single-handedly delayed the approval of US aid to Kyiv in the amount of $40 billion. The tight-fisted politician objected to the scale of the spending: “Congress just wants to keep spending and spending.” Rand Paul demanded that the legislation be changed so that spending in Ukraine is controlled by the Inspector General.

However, Rand Paul's disagreement with the Biden administration is not only about purely financial issues. He accused the White House of actually pushing the Kremlin into an operation against the country, which, as he recalled in a dispute with Secretary of State Anthony Blinken, was a former part of the Soviet Union by advocating the admission of Ukraine to NATO.

But Senator Paul does not even smell of any sympathy towards Russia. He called for the imposition of economic sanctions against Moscow and to take steps to urgently help the United States to European countries so that they get rid of their dependence on Russian energy resources. By the way, about oil: Rand Paul criticized Biden for the fact that the American president “bowed too much” in front of the Saudis in the hope of increasing the supply of “black gold”: “Instead of going to Saudi Arabia, he should have gone to Texas or North Dakota and asked our country to increase supplies rather than begging the Saudis and bowing before them.”

Despite the fact that American conservatives scold Democratic President Biden for the wrong strategy and tactics in the context of the Ukrainian crisis, this rhetoric should not be taken solely as a nod to Russia (if this happens, it is extremely rare). For the most part, supporters of the Republicans pursue their own interests, especially since the midterm elections to Congress are on the nose – and here every bast is in the line.

As for the very idea of ​​a tough confrontation with Moscow, here, as you know, the two main American parties have reached a consensus that is rare for them. Suffice it to quote the words of Republican Senator Mitch McConnell, who said: “The victory over the Russians in Ukraine is the most important thing for world peace, which we are dealing with at the moment. The Russians simply need to be defeated.”

The difference between Republican and Democratic politicians in their attitude to the Ukrainian crisis and the need to “defeat the Russians” is only in the nuances. Moreover, the reason for criticism of the democratic administration can be both insufficient rigidity towards Russia and “excesses” – but not because it is a pity for the Russians, but because these very “excesses” (such as sanctions on energy resources) they hit the Americans.

And if Biden and company blame Putin for all the economic troubles of the United States, then the Republicans, looking at the upcoming elections, lay the responsibility for the American turmoil on the current owners of the White House.