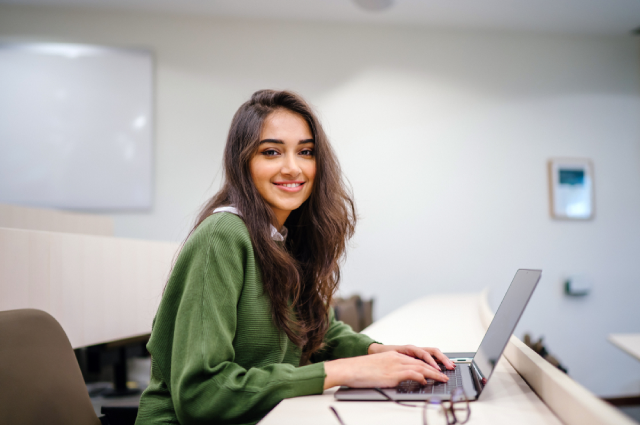 In August 2022, laws will come into force that will affect different categories of Russians: pensioners, military mothers, self-employed, people involved in sports. Also, new rules for advertising placement, stay of citizens of Ukraine, LPR and DPR in Russia will come into force. What exactly will change in August — read in the aif.ru selection.

Pensions will be indexed

From August 1, pensions for working pensioners will be indexed. Those who have reached retirement age but still officially work, as well as Russians who quit in 2021, will be able to receive an increased payment. According to Deputy Chairman of the Federation Council Committee on Social Policy Elena Bibikova, the maximum amount of the increase will be 354 rubles (3 pension coefficients x 118.1 rubles). How much the pensioner will receive after the recalculation depends on how much the Russian worked in 2021 and how many contributions were paid to the FIU. “So, if insurance premiums were paid for a person during the year based on the amount of one minimum wage, then for this year this person will earn one pension coefficient, more than three minimum wages — multiply by three, — Bibikova told Rossiyskaya Gazeta.

To receive an increased pension, you do not need to apply — accrual will happen automatically.

Also in August, those who celebrated their 80th anniversary in July or received the first group of disability will be able to receive an increased pension. The supplement to the pension will be 7,200 rubles.

Women in the military will receive a double childcare allowance up to 1.5 years old

In August, female soldiers who are on leave to care for a child under the age of 1, 5 years, the first time will receive an increased allowance — the amount will be a little more than 30 thousand rubles. The corresponding law was signed by President of Russia Vladimir Putinat the end of July. According to legislators, the innovations will equalize the support of mothers in military service and ordinary women who are included in the compulsory social insurance program.

— information from the taxpayer's primary documents;

— information from financial documentation that is not publicly available;

— data on contributions to off-budget funds;

In Art. 102 of the Tax Code of the Russian Federation lists information that is not a tax secret (there are 14 of them in the list). The changes, effective from August 1, made this list unlimited: if the taxpayer has given his consent to the transfer of information, then this is not considered a disclosure of tax secrets.

You can allow the transfer of all or part of the information, but consent is required send it to the tax office in electronic form. The consent form and the procedure for transferring information about taxpayers should be developed by the Federal Tax Service.

You can become self-employed through public services

From August 1, you can get the status of self-employed through the State Services portal. In the web version or in the mobile application, it will be possible to fill out an application in electronic form and sign it with an enhanced qualified electronic signature. The application for registration will be sent to the Federal Tax Service for verification — refusal to register or notification of registration will appear in your account.

Before the amendments enter into force, you can become a professional income tax payer through the My Tax app or web version, as well as through the app of authorized banks, such as Sberbank or Alfa-Bank. Through the banking application, you can also automatically open a card that will receive income from professional activities.

From August 1, not only citizens of Russia and citizens of the countries of the European Economic Union, but also citizens of Ukraine, Luhansk and Donetsk People's Republics will be able to register as payers of tax on professional income. Corresponding amendments have been made to Art. 5 of the Federal Law “On Conducting an Experiment to Establish a Special Tax Regime” Professional Income Tax “. The registration procedure for the new categories has not changed.

An experiment on labeling several categories of goods is being completed

By August 31, they must submit information about their goods to the Chestny Znak system; manufacturers:

The experiment on product labeling was launched in 2019. Its purpose — to form a system to reduce the risks of selling counterfeit goods and corruption. The path of accountable goods from the factory to the store can be tracked in the Honest Sign app.

You can get a tax deduction for sports

From August 1, Russians will be able to apply for a “sports” tax deduction. The law on expanding the list of social deductions was adopted a year ago. The Russians will be able to issue a refund, both spent on themselves and spent on minor children. You can return 13% of the amount spent on sports, but not more than 15,600 rubles. It is important that the deduction is due only when concluding a contract for the provision of services with sports organizations that are on the list of the Ministry of Sports. The current list can be found on the agency’s website: https://minsport.gov.ru/

Citizens of Ukraine, LPR and DPR without work and residence permits in Russia were allowed to stay

In connection Due to the COVID-19 pandemic, borders with many countries were closed, and citizens of these countries who arrived in Russia could stay and work until transport restrictions were lifted, regardless of the validity of permits. After the opening of the borders, foreigners must leave Russia within 90 days.

Since in May all restrictions related to movement in relation to Ukraine, the LPR and the DPR were lifted, the citizens of these states must leave the territory of Russia by August 17. The Ministry of Internal Affairs explained that Ukrainians, citizens of the LPR and DPR will not be held accountable if they do not return to their homeland — they were asked to contact the migration departments to extend their stay.

Baby formula will be advertised in a new way

From August 27, it is mandatory to mention the benefits of breastfeeding, the age characteristics of the use of powdered formulas and other substitutes for women's milk, as well as the need to consult with a specialist in advertisements for formula-feeding nutrition. Initially, the deputies proposed a complete ban on advertising products for artificial feeding, but after discussions, these provisions were excluded from the text of the bill.

New rules for the repair of weapons, their storage and licensing will come into force

Starting August 25, a number of changes to the law on weapons will come into effect. The concept of maintenance and repair of weapons was added to the document. In addition, these manipulations can only be performed by organizations with the appropriate license. To repair weapons, you will need to get a referral from the National Guard, and for maintenance — formalize the transfer of weapons with a document in the form approved by this department.

Only Russian citizens who have no criminal record or for whom there is no ban on holding such a position will be able to trade weapons or ammunition, &mdash ; a ban has been established for foreigners and stateless persons.

Owners of combat short-barreled small arms, who received it as a reward and have permission to store and carry it, will be able to buy and store cartridges for it.

According to the law, if a Russian wants to sell a weapon to an organization that has a license to sell weapons and ammunition for it, he must notify the Russian Guard about this. From the end of August, these actions will need to be confirmed by a separate document, the form and procedure for issuing which has already been approved.

Citizens of the Russian Federation will not be able to collect weapons if they do not have permission to purchase them.