The missile attack on the colony in Yelenovka, where the captured “Azov” (an organization banned on the territory of the Russian Federation) was held, is nothing more than a terrorist an act in which foreign mercenaries may be involved. MK expert, human rights activist Dmitry Agranovsky told who would be responsible for this crime, and also explained what would happen to the criminal cases that were initiated against the victims. 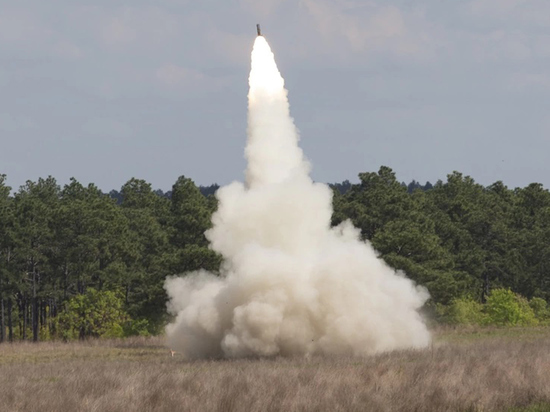 – This is simply a monstrous crime in its cruelty and cynicism. When they fire at the enemy, including its civilian population, this can somehow be explained. But when they purposefully kill their own – cynicism just rolls over. We see that recently many interviews with prisoners have appeared in the media, who talk about good treatment in captivity, about the fact that they were abandoned by the Ukrainian command, about the criminal methods of warfare on the part of the Kyiv authorities, and many other things that are unpleasant for the Ukrainian regime. In my opinion, they killed prisoners who could later say a lot of things that were unfavorable for the Kyiv regime.

In addition, this is such a gesture for other Ukrainian military personnel, they say, look what can happen to you if you continue to cooperate with the Russian authorities or the authorities of the DPR and LPR. This is a purely terrorist attack.

As I said before, the Ukrainian regime is using purely terrorist methods. It was not a military operation, but a terrorist operation to destroy defenseless, unarmed people who, by the way, are protected by international law.

Although Kyiv should have been interested in their release and exchange. But losses for Ukraine are not something critical, because they do not feel sorry for their own soldiers, this is their expendable material. Cruelty and cynicism violate all conceivable norms of international law, and I am sure that now our investigators will conduct appropriate investigative work. I watched the video and I can say that it is terrible: a huge number of people torn to shreds. This is quite worthy of Nazi Germany and its methods.

– Absolutely. In accordance with our legislation, as well as the legislation of the DPR and LPR, in the event of the death of a suspect or accused, criminal prosecution is terminated. But the criminal cases themselves are unlikely to be terminated, because they were initiated not against specific people, but on the fact of crimes.

– Yes, now they will initiate them on the fact.

– With modern means of reconnaissance, there is nothing complicated here. They will find out who gave the order, who carried it out. And I wouldn't be surprised if it turns out that foreign nationals were involved. After all, there is information that HIMARS are very difficult to manage. Therefore, they are run by foreign mercenaries, foreign specialists. So foreign citizens can easily be among the accused.

– Of course. The methods of this regime are terrorist and very diverse. Now strike at the prisoners. The previous blows were delivered on civilians, on purpose. Unable to change the military situation, the current Kyiv regime is catching fear. Hence the attacks on peaceful cities, the constant talk that there will now be a counterattack on Kherson and that the inhabitants should leave it. This is panic-mongering. These are not military methods. These are purely war crimes.

– “The use of prohibited means or methods of warfare” – Article 356 of the Criminal Code of the Russian Federation. A similar rule exists in the legislation of the LPR and the DPR. This article is here in its purest form. You don't have to be a prosecutor to see that this article fits here.

– We collect all this information, and the West will not hear us again, because it is a party to the conflict. But there are a huge number of countries that actively perceive and, among other things, use this information. Because they are in approximately the same position – the West allows massive violations of human rights in relation to them. Therefore, this is an extremely valuable work for the world community. It's just that the concept of the world community has changed a lot and the West does not want to accept it.

I already encountered this when I wrote complaints to the European Court at the request of the residents of the DPR and LPR, there was quite a lot of work. Then the Ukrainian side also said, “No, this is Russia.” And there, by all signs, it was clear where the shells were coming from – as evidence, the corresponding ballistic examinations were carried out and so on.

– I don’t think so. But the fact that the Ukrainian regime absolutely does not take care of its prisoners, does not make efforts to save them – there are a lot of them there, about 10 thousand in total – this is a fact. And not only Ukraine. Recently, one of the Brits who were sentenced to death said that his country is not at all engaged in his release, is not taking any measures, but only says that Russia owes something there. Neither Ukraine nor other parties to the conflict even try to contact the DNR and LNR. It seems that it is even beneficial for them that these mercenaries were shot. The Ukrainian regime is adopting the worst attitudes of the Anglo-Saxons, for whom people are expendable material in the political game. They deal with their release only when it is politically beneficial for them. And if this is not so, then they at least do not release them. Or maybe, just like now, strike at them so that they don’t say too much.