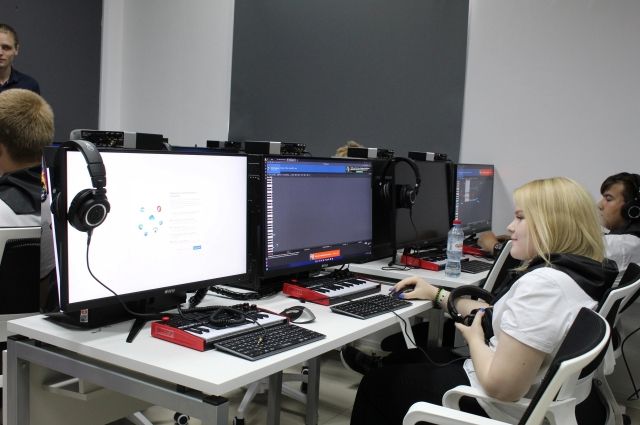 It is good to start the new academic year in a creative atmosphere, with like-minded people. And on the appropriate basis — to implement ideas. It is precisely this — to provide opportunities for talented children to reveal their talents — is one of the tasks of the national project "Culture". This year, 200 children's art schools will be overhauled and equipped in the country. But this is not all — thanks to the federal project «Invented in Russia» 32 creative industries schools will open in the regions. Pupils in grades 5-11 will be able to study there for free.

“The guys' eyes are burning”

One of these schools will open in  Kinel, Samara Region on the basis of the Center for Aesthetic Education. Application for participation in the competitive selection for the creation of the "School of Creative Industries" Kinel urban district applied back in October 2021. And on September 1, the school — the first school of creative industries in the Samara region — will accept the first students (it is planned that in total 120 children aged 12 to 17 will be able to study here ). But first, an Open Doors Day was held here so that both professionals and government officials could assess whether everything was done correctly and at the proper level.

«I hope that this will be a real impetus for the development of creative industries not only in Kinel, but throughout the Samara region, — said at the open day  Minister of Culture of the Samara Region Tatiana Mrdulyash. — I met the guys, their eyes are burning, they are full of ideas and are waiting for the start of classes! And we are waiting for these guys as our future colleagues, we are waiting for the effect that the school will give for the entire region. Thanks to the Federal Ministry of Culture, which came up with this project and distributes subsidies for the creation of schools.

Despite the fact that in the name of these creative centers there is the word “school”, it does not look much like an educational institution we are used to. The main difference — children here are taught to think outside the box and not be afraid to implement their most daring ideas. And there is where to turn around: the school of creative industries will open four high-tech studios equipped with the most modern equipment and software: photo and video production; animation; sound engineering and sound design; graphic design. The training program is designed for two years: during this time, the guys will be able to work in all the studios, make mini-projects, and then master one area in more detail and prepare a creative portfolio. Perhaps for some, this school will be the first step towards a future profession. In total, 80 people will be able to study at the school. 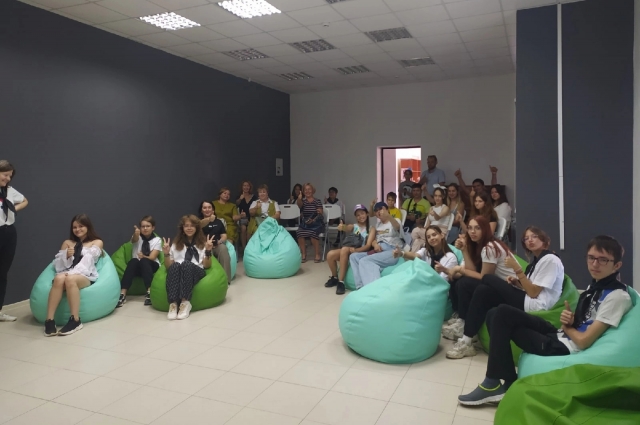 “School of Creative Industries” in Kinel. Photo: Ministry of Culture of the Samara Region

The first school of creative industries will appear in September and in Transbaikalia. Thanks to the federal project “Invented in Russia” The Ministry of Culture of the region is opening the “School of Creative Industries” in Chita, this is being done on the basis of the Chita School of Culture. In the talent space, young Transbaikalians will soon be able to master modern creative professions.

Minister of Culture of the region Irina Levkovich and Head of the Development Fund and the Resource Center for the Development of Non-Profit Organizations of Transbaikalia Natalia Makarova they themselves checked how the repair work is going, what equipment is being installed and whether everything will be done on time.

“The School of Creative Industries will open on September 30th. Free of charge 60 children who will be enrolled in the school on a competitive basis will begin to learn the basics of creative professions that are in demand in the region. The features of the educational program are that in the first year the children will get acquainted with the structure of each of the studios, in the second they will study in depth in one of the specialized areas. I am sure that the school will become a good springboard for the training of first-class specialists, — said Minister of Culture of the Trans-Baikal Territory Irina Levkovich.

According to Director of the Development Fund Natalia Makarova, Krai acts as a partner of the project, so it will always support all good undertakings.

“We understand how important it is for young people to find themselves and reveal their potential in time,” — she added.

The principle of work for all creative industries schools is the same: in the first year, children will be able to try themselves in all available directions, and in the second year everyone will have an in-depth study of one of the selected programs with a final project in the final.

The national project “Culture” was not left without attention and traditional children's art schools — the new academic year children's art school named after M. A. Balakirev in Tolyatti Samara region will start updated. Now the school has 560 children from 6.5 to 17 years old. This summer, within the framework of the national project, the concert hall was renovated, installing new sound equipment and modern comfortable chairs in the auditorium. And what is much more important — new musical instruments have arrived at the school: these are not only traditional accordions, button accordions, balalaikas, violins, cellos, but also electric and bass guitars (for those who like it harder), and even exotic ukuleles, digital piano, bells and a harp.

In the new academic year here a department of folklore — will be opened and it was for them that the harp was purchased. “We managed to get a harp of various sizes for the whole ensemble. We plan to open a new branch from September 1st. Up to 10 people will be engaged in the group, starting from 6.5 years. Children show interest in folk music. This need was indicated by the children and their parents. So the opening of a new branch — a joint idea. I confess that the acquisition of tools does not happen often. Therefore, for us this is a very joyful grandiose event, », — said deputy director of the Children's School of Art. M. A. Balakireva Elvira Pavlovskaya.

In order for students to be no less strong in theory than in practical performances, the school replenished its library fund: musical literature, anthologies, interactive aids were purchased.