Historical and financial disputes play out between NATO and EU allies

Poland wants to receive reparations from Germany in the amount of 1.3 trillion euros for the damage caused during World War II. As the 83rd anniversary of the start of the largest armed conflict in history, Jarosław Kaczynski announced a huge lawsuit against Berlin after the release of the casualty report. For its part, Germany insists that the case is closed and that compensation has already been paid. 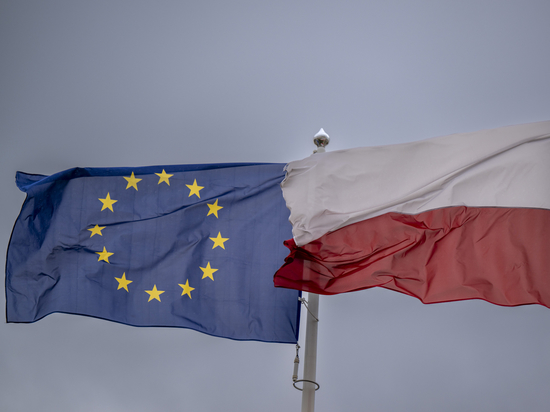 Warsaw has re-engaged in its favorite national game, masochistically portraying itself as an innocent victim of neighboring countries and greedily demanding financial compensation (which the Poles are unlikely to ever get). This time, Poland's claims are addressed to their “elder brother” in the EU and NATO – Germany.

The Polish government will demand €1.3 trillion in compensation from Germany for the Nazi invasion and occupation during World War II, a senior politician in the country has said. According to the Daily Mail, the leader of the right-wing nationalist Law and Justice party, Yaroslav Kaczynski, announced a claim against Berlin amid the release of a long-awaited report on the damage to the country during the Nazi occupation.

“We have not only prepared a report, but also decided on the next steps,” said Jarosław Kaczynski during the presentation of the report.

“We will turn to Germany to start negotiations on reparations,” the Nationalist party leader promised, adding that it would be “a long and difficult road” but “one day it will bring success.”

PiS leader insisted that the move would serve “real Polish-German reconciliation” based on “truth”. Kaczynski said the German economy could pay the bill.

The right-wing nationalist government of Poland claims that the country, which became the first victim of World War II, did not receive full compensation from neighboring Germany, which is now one of its main partners in the European Union and a NATO ally.

But Germany claims that compensation was paid to the countries of the Eastern Bloc in the years after the war, while the territories that Poland lost in the east as a result of the redrawing of borders were compensated by some pre-war German states. Berlin calls the case closed.

“Germany never accounted for its crimes against Poland,” Kaczynski said, saying that many Germans who committed war crimes lived in Germany with impunity after the war.

Polish senior leadership, including Kaczynski, who is considered Poland's top politician, and Prime Minister Mateusz Morawiecki attended the presentation of the report at the Royal Castle in Warsaw, rebuilt from wartime ruins.

The publication of the report was in the spotlight on the anniversary of the outbreak of World War II, which began on September 1, 1939 with the bombing of Nazi Germany and the invasion of Poland, followed by more than five years of occupation.

Head of the report drafting team, deputy Arkadiusz Mularczyk, stated that it is impossible to estimate from a financial point of view the loss of about 5.2 million lives due to the German occupation. He listed the losses for infrastructure, industry, agriculture, culture, deportation to Germany for forced labor and attempts to turn Polish children into Germans.

A team of more than 30 economists, historians and other experts have been working on the report since 2017. The issue has sparked bilateral tensions.

Poland's new estimate of damage from the German invasion and occupation exceeds the $850 billion estimate made by a ruling party MP in 2019. The ruling Law and Justice Party (PiS) has repeatedly called for compensation since coming to power in 2015, but Warsaw has not yet officially demanded compensation.

“The amount that was presented was accepted in the most limited, conservative way, it could have been increased,” PiS party leader Jaroslaw Kaczynski said at a press conference.

The belligerent stance towards Germany, which PiS often uses to mobilize its supporters, has strained relations with Berlin amid criticism from Warsaw of the German state's dependence on Russian gas and its slowness in helping Kyiv, Reuters notes.

World War II was “one of the most terrible tragedies in our history,” Polish President Andrzej Duda said during morning activities on the Westerplatte peninsula near Gdansk, one of the first places to be attacked during the Nazi invasion.

In Germany, Dietmar Nitan, government official for German-Polish cooperation, said in a statement that September 1 “remains a day of guilt and shame for Germany, which reminds us again and again that we must not forget about the crimes committed by Germany”, which is “the darkest chapter in our history” and still affects bilateral relations.

The reconciliation offered by the people in Poland is “the basis on which we can look forward together to a future in a united Europe,” Nitan said.

The Polish government rejects a 1953 declaration made by the then communist leaders of the country, according to which they agreed to make no further claims against Germany.

Donald Tusk, leader of Poland's largest opposition party, the Civic Platform, said that Kaczynski's demands “are not about reparations.” “This is about a domestic political campaign to regain support for the ruling party,” he said.

Law and Justice (PiS) still leads most opinion polls, but its advantage over Civic Platform has declined in recent months amid criticism over how the ruling party is handling rising inflation and the economic downturn.

Opposition MP Grzegorz Schetyna says the report is just a “play in domestic politics” and insists on the need for Poland to build good relations with Berlin.